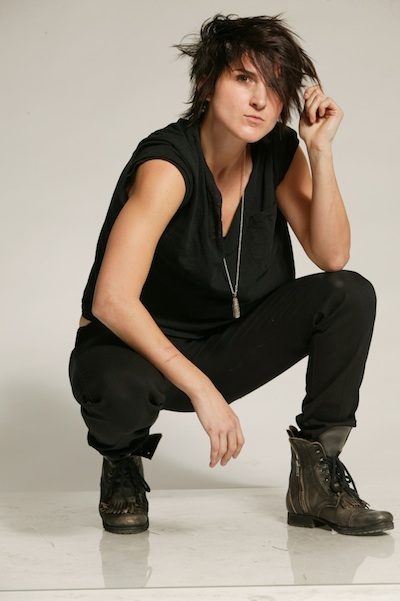 Journey with Lauren Lubin as she pioneers ultimate gender awareness for the LGBT community and herself, transitioning from female to gender neutral.

When Chicago native Lauren Lubin made the decision of a lifetime to transition from female to neutrois, “an identity used by individuals who feel they fall outside the gender binary (of male and female) and who wish to minimize their birth gender markers,” by becoming a “third gender,” she had no idea that she would take on the role of producer in her own documentary, starring Lubin.

But now, at 27, she’s doing just that. Gender Blender is a film that will take audiences through the tender process that Lubin has decided to share with the world, to become her true self.

The film’s website says of the synopsis: “The film intimately explores the world of Lauren, a transgendered female transitioning to become her ultimate expression: gender neutral.” Through the film, Lubin will take us on a multifaceted experience that will eventually lead her to Montreal for breast-removal surgery.

Director and co-producer Kevin April jumped on board to help create this reality for Lubin. Their team recently launched a Gender Blender Kickstarter campaign on June 19 that hopes to fund $150,000 to complete this project. And within 24 hours, the campaign garnered over a thousand hits, along with dozens of blogs, newspapers and organizations buzzing about the film and its scope of possibilities.

For Lubin, it’s a chance to not only send out a message about what it means to be true to who you are, but to be a face for others like herself who perhaps didn’t know about neutrois, or haven’t found anyone they can look up to for direction and support. There is no doubt—this film will knock down the misconstructions of being transgender and offer an intimate exploration into third gender.