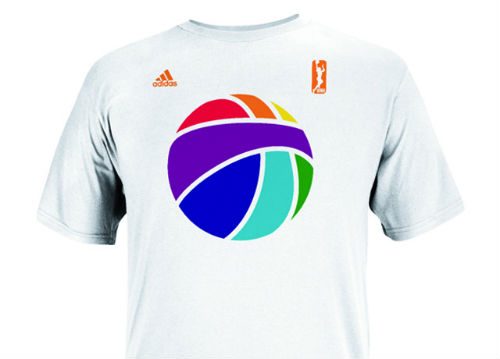 What a difference a decade makes.

I remember 15 years ago when we launched LesbiaNation.com (now re-branded as SheWired.com) and how our think-tank told us we would get at the very least the WNBA to advertise with us. While it didn’t happen so quickly (does it ever?) when the WNBA decided to embrace its gay fans, it was in a major way:

With statistics showing that 21% of lesbians went to a WNBA game last year or 25% of lesbians watched a game on TV, it makes perfect sense for the WNBA to cater to the lesbian audience.

Yet, the WNBA was the first professional sports league to establish an integrated marketing, media, grassroots and social responsibility program for the LGBT community: www.wnba.com/pride Information is shared on the league’s social media channels where the content is aggregated with the hashtag #wnbapride.

At the launch of that initiativeWNBA President Laurel J. Richie proclaimed“The WNBA welcomes all fans, athletes, and partners to our game. These beliefs unite the 12 teams of the WNBA and we are very excited to introduce the WNBA Pride platform which celebrates acceptance and inclusion.

The WNBA takes great pride in working with extraordinary partners who share these values, and we are so grateful to our presenting partner COVERGIRL along with ESPN, GLSEN and GLAAD for joining the WNBA on this important initiative.”

It feels like all is finally happening the way it should. On par with the wave of equality that has been sweeping our nation, players coming out, slowly and surely being gay is no longer ‘a thing.’ Unless of course you get out players like Brittney Griner to say these lovely words:

“Every day in the news we see that inclusion is the new standard for our society, and every day we see more and more people reject prejudice and anything that would divide us,” said Phoenix Mercury Center Brittney Griner.

“I’m proud to be a part of the WNBA and NBA family that has chosen to embrace the LGBT community, not just for the out athletes like me, but also the allies and fans who love them.”

Happy ever after starts now.