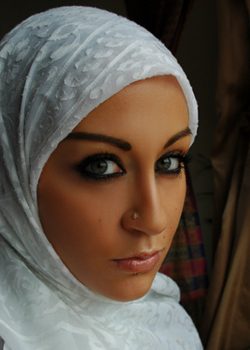 Activists on the playing field, in the mosque and in the courtroom

Islam is intricately woven into the fabric of Raquel Evita Saraswati’s life. She says she is quite traditional, praying daily, fasting during the month of Ramadan, offering zakat (charity) and choosing to wear the hijab headdress. One of the most important lessons she’s taken from the Koran is the teaching on justice. “Equally important to me is dissent, when dissent is ethically necessary,” says Saraswati. “The Koran tells us to be champions for justice—even if our family and friends don’t approve.”

At only 25 years old, Saraswati has worked tirelessly in several capacities: as a coordinator of Project Ijtihad and executive assistant to its founder, the activist Irshad Manji, as a reviewer and facilitator at the Women’s Institute for Housing and Economic Development, and as a bilingual case manager for HIV/AIDS patients. Now she serves on the Interfaith Council of the American Islamic Congress and actively supports the work of the International Campaign Against Honour Killings.

While her untiring activism has touched the lives of many, there are fanatics who take issue with Saraswati and her interpretation of Islam, and her life has been threatened many times. She concedes that it’s sometimes scary, but nothing deters her.

“We live in a world in which child rape victims are being stoned,” she says. “Knowing this, what is being called a few names or receiving threats? As an American, I have enormous freedom. If I do not use that freedom to work for human rights, I, in fact, do not deserve the air in my lungs.”

Griffin experienced the isolation of being a closeted high school coach in the ’70s, and then went on to work as a coach at the University of Massachusetts at Amherst. She began speaking out about homophobia in sports, making her first speech in 1982 at a national conference on women’s sports.

Griffin took her experiences nationwide when she wrote Strong Women, Deep Closets, a seminal work that explores the lives of lesbian athletes and coaches as they navigate the homophobic world of sports.

Now in her retirement, Griffin is director of It Takes a Team!, an initiative of the Women’s Sports Foundation. “I get to travel around the country talking to athletes, coaches and parents about my favorite topic—making sports open and respectful for LGBT people,” says Griffin. “I am incredibly lucky to do the work I love, and know that work is a small contribution to achieving equality in and out of sports.”

In Defense of Equality

Fort Lauderdale, Fla.-based attorney Robin Bodiford has been credited with helping to broaden the protections in the Broward County Human Rights Ordinance with the addition of a sexual orientation clause that gives protection to gay men and lesbians in housing, employment and places of public accommodation. The revised ordinance makes the county unique in Florida’s legal landscape. Bodiford says that her wake-up call came when her brother died from AIDS. “My brother’s death left me with a sorrow and an anger that I was able to forge into an indomitable will to refuse to be treated as a second-class citizen, either by the straight powers that were, or by the local gay men politicos who were entirely unaccustomed to a smart, attractive, ballsy lesbian who wouldn’t take no for an answer,” says Bodiford.

Bodiford specializes in estate planning, wills, trusts and powers of attorney for the LGBT community and stresses the need to consult with professionals who understand the unique legal issues faced by queers.“It is crucial that one’s attorney is not only gay or gay-friendly, but experienced in the nuances of prejudice and the lack of basic rights we have as gay couples,” she said.