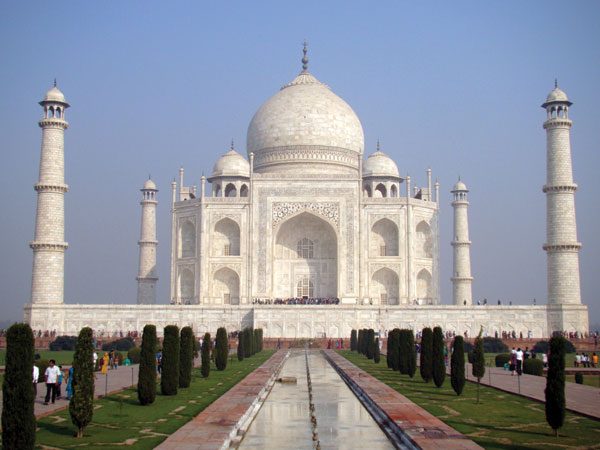 A passage to India; Lesbians have a special invitation to visit one of the most exotic destinations in the world.

A passage to India; Lesbians have a special invitation to visit one of the most exotic destinations in the world.

You know times are changing when India, historically a country with a complicated relationship to same-sex relationships, shows keen interest in the lesbian travel market. Well, one tour company in particular is extending a warm welcome to lesbian travelers who wish to visit the land of silk saris and exotic spices.

In November of last year, I joined the first LGBT press trip organized by Out Journeys (their tagline is Come Out in India) and was curious as to exactly how gay they could make our itinerary. The answer is…not very. But the expectation was perhaps unreasonable. India is so vast and diverse, and the experience it offers travelers is so intense, that to insist on a queering of the subcontinent seems persnickety, if not naive.

Sure, there is a thriving LGBT community in Mumbai, there is a gay presence in Delhi, and Goa is becoming a resort town that attracts gay men. But Western expectations of a rainbow-flag welcome should be left at home. Nevertheless, a cosmopolitan, friendly, and women-focused vacation is now possible, if you place yourself in the capable hands of Out Journeys.

These guys (and just to be clear, they are all guys, albeit sensitive ones) have taken the time and trouble to understand American lesbians. They were there at the First Asian Symposium on Gay and Lesbian Tourism, presented by Community Marketing Inc. in Delhi, a conference that aimed to raise the profile of the LGBT market segment in a land where business owners crave hard facts about the legendary “pink dollar.”

If you’ve been paying attention to global economics, you know that India (along with Brazil) is on the rise, fiscally; its middle class is thriving and the country now has many Western symptoms of prosperity: huge malls, luxury cars, much real estate development. The chance to snatch at the low-hanging fruits of capitalism has led to open minds in India, as well as open wallets.

So if you’ve longed to visit the land of the Taj Mahal but didn’t dare, now is your time to venture forth among open-minded people, with tour guides who are respectful of your sexual preference or gender identity—important in a country known for heaping a bewildering array of challenges on you even before you even get out of the airport! 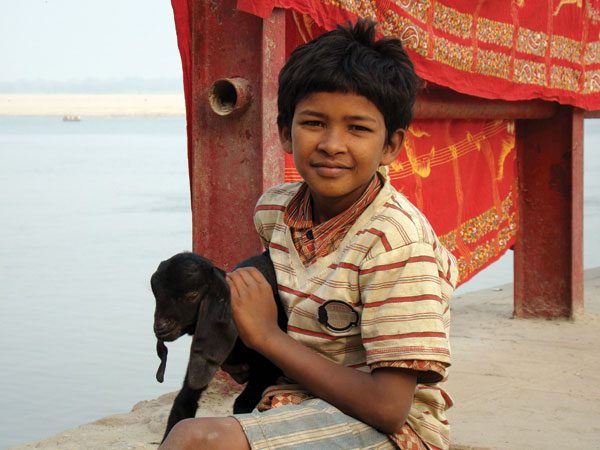 I traveled with Abhinav Goel, the founder of Out Journeys, who is also the ambassador to India for the International Gay and Lesbian Travel Association. On top of building business for Out Journeys, he sees his role with the IGLTA as important because he sees his home country as a destination to be proud of, and one that has a lot of potential—economically, culturally, and spiritually.

“As an emerging destination, India needs a lot of focus and attention to make it a truly LGBT-welcoming place. Being an ambassador allows me to work closely with hotels, airlines, and also the government to drive the changes necessary to achieve our goal.

It also makes me responsible to spread the good word around and connect India’s vast and diverse LGBT community and businesses to the global traveler,” he explains.

When it came to the logic behind starting Out Journeys, Goel says his motivation was part patriotic, part humanitarian, part financial: “Once the Indian courts struck down the draconian law which had criminalized same-sex relationships, we experienced India’s LGBT community coming out in the open and expressing itself.

This threw up opportunities from a business standpoint that were compelling. India offers tremendous opportunities for tourists, with its diverse culture, history, landscape, and cuisine. And the idea of merging these attractions with the LGBT lifestyle was too good to pass up.”

Goel had learned through surveys that Americans were keen on exploring India but were unsure about its gay-friendliness, concerned for their personal safety, even dubious about the state of its facilities. He set about demystifying these issues so that we would feel welcome. Among travelers from Europe, North America, and Australia, the response so far has been positive.

Goel is attuned to the differences in tastes between male and female gay travelers, and, to the extent that it’s possible, he has fashioned an itinerary aimed at lesbians. “We conducted a large survey in North America to gauge the interest and preferences of both gay and lesbian travelers, and it clearly came out that lesbian travelers were attracted by India’s culture, cuisine, and adventure.

Over the past several months, we have also invested significantly in training and coaching our staff and partner service providers to be aware of and sensitive towards gay and lesbian communities. The fact that we now work only with gay-welcoming hotels, guides, and transport services gives us the confidence that lesbian travelers can explore India without any concerns,” he says.

While I was already familiar with the Indian word namaste (a friendly greeting or farewell), I had not heard the word namaskar, which is more formal and was the preferred salutation among the Indians we traveled with. Rather than offering a simple greeting to a person, it acknowledges the manifestation in the self of the supreme consciousness that unites all of us.

The subtle and yet significant difference between the two words perhaps symbolizes the difference between venturing to India in the closet, on your own, or with a straight tour operator, or making the trip as an out and proud lesbian, with Out Journeys. Namaskar!

India has a wide variety of accommodations to choose from, low-rent to luxury, boutique to chain. We can recommend the following establishments as exceedingly comfortable, authentically Indian, and very gay-friendly:

Old World with a contemporary flair, this stately hotel is elegant and homey, with spacious rooms, pleasant gardens, an in-ground pool, an airy restaurant, and, if you’re lucky, a traditional puppet show each night.

Tucked away at the end of one of Varanasi’s crooked laneways and perched on the banks of the Ganges, this lovely small hotel offers point-blank views of the sunrises and the teeming life that make this sacred river such a profound attraction.

This rural estate offers unbeatable luxury against a rustic backdrop. The collection of immaculate pink villas (some have in ground splash pools, stone massage tables) are designed around gardens following Hindu principles, and which emanate a spiritual tranquility. As I listened to  the gentle clang of goat bells from the nearby fields and sipped a post-massage cup of Darjeeling tea I didn’t want to leave, but I gave thanks to the gods for a fitting end to an amazing journey.

Out Journeys is offering tours for lesbians and women in September 2012 and January 2013. Prices start at $1,980. The itinerary takes in Delhi, Varanasi, Khajuraho, Agra, Ranthambore, and Jaipur. Highlights include:

A visit to Varanasi, one of the oldest continuously inhabited cities in the world, and a holy city in the eyes of Hindus, Jains, and Buddhists. Hindus believe that to die here and be cremated on the banks of the Ganges is the sacred culmination of existence and a release from the cycle of life and death.

Agra is the city of the Taj Mahal, a monument that is the ultimate gesture of eternal love, built by the Mughal emperor Shah Jahan as a memorial to his wife, Mumtaz Mahal. This sublime, luminous, white marble mausoleum—the world’s finest example of Muslim architecture—outshines all preconceptions. This sight alone will make your visit to India worthwhile.

Animal-lovers will be thrilled to visit Ranthambore National Park and go on a tiger safari in a forest. Attend a tribal school for a unique, interactive learning experience with local children. Assist a local nonprofit doing exemplary work in tiger conservation and the rehabilitation of tribes that were previously engaged in poaching wildlife.

Jaipur is the gemstone capital of India, and a shopper’s paradise. Take a stroll along the secret lanes of the Walled City, where the old ways of life continue uninterrupted. Spend your rupees at the Jaipur bazaars and take home some unique mementos of your visit.

Learn the art of haggling, try some sweets from a street vendor, and take in the time-honored arts and crafts that still flourish in the bazaars. A ride on an elephant at the stunning Amber Fort and an optional ride in a hot air balloon over the city will make your visit truly transcendental.

This is the capital of Rajasthan, and, fittingly for LGBT travelers, it was given a coat of pink paint a century ago in honor of a visiting prince and has retained this color ever since. In the evening, go for a Rajasthani cooking class and master the bewitching art of spicy Indian food.