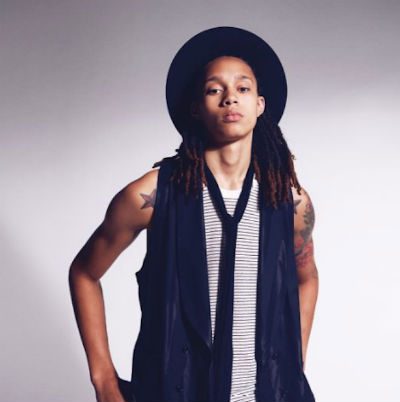 Why LGBT athletes have nothing to fear and everything to gain from sponsors.

Athletes, coaches, marketing professionals and more came together at the ESPN conference to discuss change and evolving opportunities for women in sports. There were focus groups, Q&A sessions, presentations and panel discussions.

One of the panel discussions was called “Breaking Barriers” and included WNBA All-Star and World Champion, Brittney Griner; her sports and marketing agent, Lindsay Colas; espnW and ESPN writer, Kate Fagan; and University of Massachusetts professor Nefertiti Walker. The overall focus of the panel discussion was the current market climate for LGBT athletes.

Back when Martina Navratilova first came out as a professional tennis player in the 1980s, she lost a lot of sponsorship deals and as a direct result, a lot of extra money. This is one of main reasons why so many other LGBT athletes stayed closeted over the years.

They were afraid coming out would hurt their public reputation as well as their market value. But the marketing game has changed.

As the panel pointed out during their discussion, LGBT athletes have an unprecedented opportunity to embrace the sports market instead of fearing it. Big time brands such as Nike are actively looking to partner with gay athletes. Griner knows this firsthand, as she currently has an endorsement deal with Nike to model gender-neutral clothing.

Nike has also actively promoted Abby Wambach, creating print and television advertisements that paint the androgynous soccer star exactly as she is. Embracing lesbian athletes as they are instead of trying to squeeze them into a standard female mold is a step in the right direction. Nike, by all accounts, is at the head of the class.

With Griner under contract, it wouldn’t come as a surprise if they built an entire marketing campaign around her. She has the star power and the charisma to pull it off. And if Nike does it, chances are high that additional brands will follow their footsteps.

In the meantime, Griner is content with things as they are. Though she said during the panel discussion that we “shouldn’t pat ourselves on the back just yet,” she is happy to be able to be a professional athlete who is out and who has the opportunity to be her authentic self.