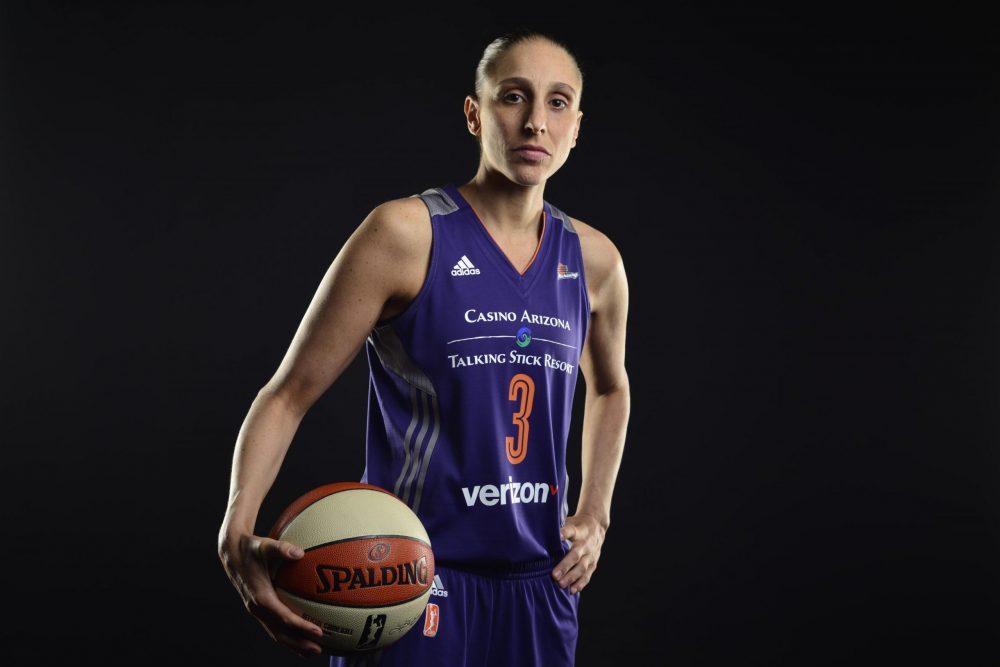 I’ve been a fan of WNBA All-Star Diana Taurasi since her days at UCONN.

At the time, she was the best women’s college basketball player in the nation. She was so good, in fact, that UCONN coach Geno Auriemma would often say during interviews after close games, ‘They played a really good game. But we’ve got Diana.’

Taurasi was known as a sharp shooter, a passing whiz and an agile guard who could somehow magically get the ball to the hoop through a wall of opposing players—with the foul call to boot. She won the Naismith Award (for best women’s college basketball player in the nation) two years in a row. Taurasi easily dominated the basketball court and led UCONN to three straight NCAA Championships. After that, I couldn’t wait to see what she would do in the WNBA.

Taurasi didn’t disappoint. She won the WNBA Rookie of the Year Award her first season as a pro. Since then, she’s won numerous awards and accolades including Most Valuable Player and the WNBA scoring title. She’s also won two WNBA Championships and an Olympic Gold Medal as a member of Team USA.

In my mind, Taurasi is the WNBA equivalent of Kobe Bryant. She has taken her talent to the next level and transformed herself into an even more dominating player than she was in college. Like Bryant, she has the ability to take over a game and elevate the play of her teammates.

She also has a similar competitive killer instinct, which drives her to do whatever it takes to perform at a high level. But I never thought it would drive her to take a performance-enhancing substance. That’s something that even Bryant wouldn’t do.

The recent news that Taurasi tested positive for using a “mild” stimulant could do more than just damage her All-Star image. It could also do some damage to the WNBA. Taurasi is a huge draw and she’s the league’s most visible player. She even has her own Nike shoe.

The WNBA knows how much value she has as both a player and a name. Consider this: Taurasi’s contract with the Phoenix Mercury was up at the end of last season, but WNBA execs convinced her to keep playing because they knew it would be a serious blow to the league and its bottom line if she retired. With a little convincing, Phoenix ended up signing Taurasi to a multi-year contract extension.

But now, if the WNBA’s biggest star is found guilty of using banned substances to enhance her performance (however “mild” they may be), both Taurasi and the league are going to suffer mightily.  Taurasi’s legacy will be tainted, and the WNBA will be forced to do damage control. This kind of publicity is the kind that detracts fans, and that isn’t a good thing for a league that is already struggling to stay afloat.

As both a Taurasi fan and a women’s basketball fan, I can only think of one thing to say at this point…say it isn’t so, Diana.