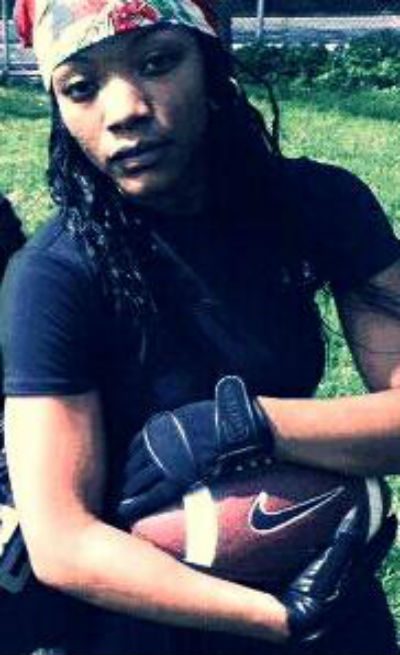 Why Gabrielle Nazaire thinks she can go toe-to-toe with any guy on the football field.

Like it or not, football has become an American institution.

Think about it. We’re only two weeks away from the Super Bowl between the Seattle Seahawks and the Green Bay Packers.

Have you made your party plans yet? Chances are, you’ll end up at one. And let’s not forget about college football.

A little over a week ago, the nation watched with bated breath as the two best teams in college football faced off in the first-ever NCAA playoff championship game. Both the NFL and the NCAA are making money hand-over-fist off of football. Unfortunately, women are on the outside looking in.

Gabrielle Nazaire is hoping to change that. The 26-year-old New York City native first fell in love with the sport after watching her brother play in an organized football game. Right then and there she realized that if he could do it, so could she. In 2007, Nazaire started playing for the New York Sharks of the Women’s Football Alliance. She hasn’t looked back since.

What do you love most about football?

There are so many things I love about football. However, the three things that stick out the most are teamwork, leadership and a group of passionate people coming together for one common goal.

What is the toughest thing about football?

When you work so hard and you fall short of winning the game.

Did you ever try out for a professional men’s team?

I tried to play football on an all-boys football team at Independence High School located in Charlotte, North Carolina. The coach looked me up and down and asked me if I was joking.

Why do you think you can play on a men’s team?

One of the main reasons why I know I can play on a men’s football team is because football is more of a mental sport then anything else. Yes, they do get physical but if you’re smart enough, fast enough and you have great people to back you up, you would never get touched.

What about the way our society views women and football?

It is very unfortunate that women are forced to become a sex symbol and run around a football field half naked instead. I just wish that women would be respected like the men.

Do you think that a woman should have the right to play football while in high school and in college?

Do you think a woman can go head-to head with any man on the field?

I know for a fact that a woman can, without a shadow of a doubt. No disrespect to men, but we as women are mentally, physically, emotionally and spiritually strong. I see it as a David and Goliath situation. If you believe that you can conquer any giants in your life, you will. 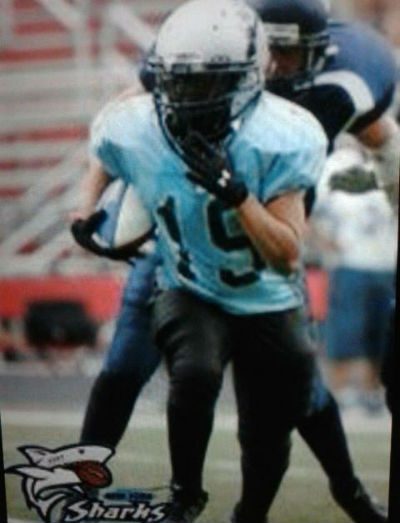