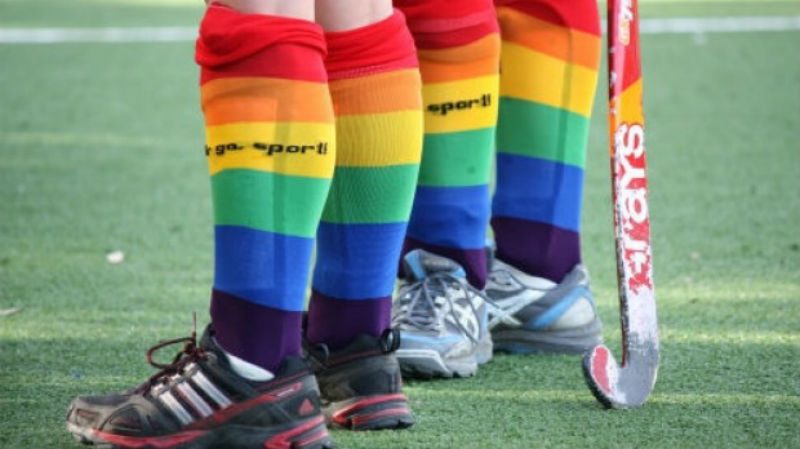 LGBTQI+ student athletes already have a lot on their mind between navigating COVID-19, coursework and their sport.

They shouldn’t have to also worry about whether they’ll be sidelined for who they are. This year, Athlete Ally’s Athletic Equality Index (AEI) provides the most comprehensive look at LGBTQ+ inclusion across all NCAA Division I athletic departments, and a blueprint for schools to model inclusion in the wake of anti-LGBTQ hate crimes which were on the rise under the Trump administration, and the more than 35 discriminatory anti-transgender athlete state bills we’ve seen so far in 2021.

This year’s report points to a concerning lack of comprehensive resources, policies and practices for LGBTQ+ students. With proper information and training, athletes and staff can better understand how to be allies to the LGBTQ+ community and foster inclusive policies. And yet, as of March 2021, 92% of Division-1 athletic departments don’t have fully inclusive trans athlete policies. 70% of Division-I athletic departments don’t offer LGBTQ+ educational resources to athletes and staff. 80% do not have a Fan Code of Conduct, stipulating that discriminatory fan behavior at games is explicitly prohibited. Despite a growing number of athletes coming out as LGBTQ+ in college (and before being recruited), less than 3% of NCAA D-I athletes compete in departments that fully protect their LGBTQ+ identities.

President Biden’s Executive Order on LGBTQ non-discrimination, which also applies to schools, is a promising step forward, but will require specific guidance from the Department of Education, and follow-through from individual institutions. In the meantime, especially for transgender student athletes who have increasingly been under attack from discriminatory state bills and lawsuits, knowing about trans-inclusion policies at potential colleges makes a tremendous difference. “I was the first trans kid on my wrestling team,” said high school junior Aryn Bucci-Mooney. “Having a resource like the AEI that lets me know if coaches and teams are inclusive, that this is even on their radar, is so important. I don’t think I’d be comfortable going to a school if they weren’t thinking of inclusion.”

Professional athletes look back at their college years as times when they could have walked away from sports, but chose not to because of the resources and support made available to them. “As an out gay athlete, I know that having on-campus resources for LGBTQ+ student athletes, like Cal SAGSA, help foster an ongoing culture of inclusion,” said Julian Venonsky, US Rowing Senior National Team coxswain. “These resources, and policies that ensure nondiscrimination, make a tremendous difference. I’m proud to be a UC Berkeley alum and to see my alma mater modeling what an inclusive athletic environment looks like.”

This year’s results show that funding and Ivy League status don’t necessarily equate to inclusion. One example of this is UW-Milwaukee, one of the smaller institutions scored on the AEI, having only 15 teams and roughly 300 athletes, with a moderate department budget. Still, the UW-Milwaukee athletic department scored an 90 on the AEI through their robust policies protecting LGBTQ+ athletes and cross-campus collaborations and initiatives.

“Developing our core values was a collaborative project,” said Kathy Litzau, Senior Associate Director of Athletics at UW-Milwaukee. “We kept thinking, “These aren’t just words – we want to live this. We want to make sure LGBTQ+ students know and staff are confirming that all are welcome here.”

Under the Trump administration, the LGBTQI+ community faced a harrowing political climate, with hate crimes soaring 43% in 2019. Under new leadership, we have renewed hope for greater inclusion in college athletics, but much work remains ahead. Campuses have an opportunity to provide LGBTQ+ student athletes with a safe place to be who they are. Now, more than ever, students are looking to their athletic departments to provide guidance, support and community, and to model the kind of inclusivity we hope to see in society as a whole.