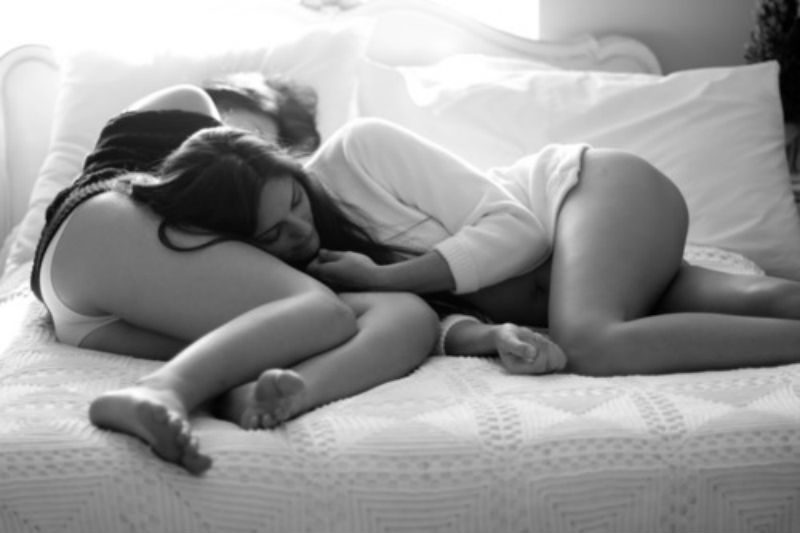 Pampering your partner when the ropes come off.

This can be anything from being wrapped in a snuggly blanket to being made a PB and J with the crusts cut off.

Aftercare doesn’t need to be overly sentimental, grand or even creative—it just needs to be an intentional display of acknowledgment, appreciation and humanity. Take a shower together, spoon, dish about that awesome orgasm, share a popsicle, get your partner a glass of water, help her find her discarded underwear—hell, give them a high-five after going down on them in a library.

This is what aftercare isn’t: sneaking out in the morning sans goodbye, acting ashamed/embarrassed/aloof, treating the person as a convenient collection of body parts, or otherwise refusing to acknowledge that you just banged.

Now, I’m all for no-strings-attached, “emotionless” sex, but it’s impossible for (good) sex to happen without feeling. And where there’s feeling, there should be aftercare, with the general rule that the higher you fly, the softer you should pad the landing. This doesn’t mean your sex can’t be casual.

Investing in your sexual experiences through aftercare doesn’t mean you’re investing in a relationship. If anything, aftercare is even more important for one-night stands, f**k buddies and friends with benefits because, unlike with a serious sexual partner, you probably have less of an idea about what kind of physical or emotional sexual intensity they’re experiencing.

Though you don’t need to assume responsibility for their feelings, as their sexual partner (no matter how fleeting), you’re a part of that experience, so respond accordingly. Don’t know what they need? Ask!

Aftercare’s also a great investment in your sexual future because the better you care for your partner, the safer they’ll feel in bringing sexual experiences to new levels. Even if you were the Top in the situation, aftercare ties up any loose emotional or physical strings that may have come up for you, too.

Plus, being sexually nice feels good! Now get me a popsicle.