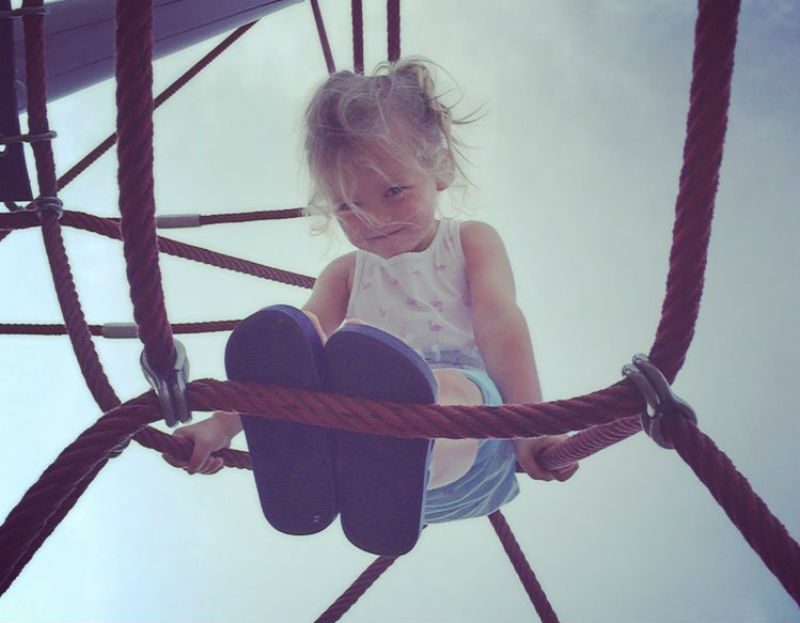 This was for Maggie, with no agenda in mind.

If you read this blog from time to time, you’ve probably gathered by now that I’m a freelance writer. But, you may not know that I’m also an author. I primarily write young adult fiction, with an emphasis on LGBT issues and characters. Recently though, I wrote a children’s story and activity book about Maggie called Maggie’s Adventure: I’m Going Over Niagara Falls In A Barrel.

The story is quite simplistic and features Maggie wandering throughout the house looking for particular items to take with her on her imaginary adventure over Niagara Falls. As Maggie goes from room to room, she encounters different family members along the way.

Her father, mother, brother, sister, grandmother, and grandfather all make an appearance in the book. Some people might be confused by the story, because Maggie doesn’t have a father—or a brother or sister for that matter. They might also wonder why I didn’t use this opportunity to create a story about a child with same-sex parents.

When I sat down and wrote this story, I didn’t do it with an agenda in mind. I spend most of my creative writing energy on crafting stories about LGBT teen characters and the issues they face on a regular basis. This time, I just wanted to write something light and fun.

I wrote a whimsical little tale about a girl using her imagination and taking her family along for the ride. It’s made-up. It’s cute. It’s innocent. It’s the kind of book that could appeal to any type of family, same-sex or otherwise. That’s how I wanted it to be.

I do my part for the LGBT community on a regular basis. I have three young adult LGBT books published. I write for both local and national LGBT-themed publications. In addition to my print work for Curve, I also write online articles about lesbian athletes and LGBT issues in the sports world for Curve.com. In my mind, writing a cute generic story about my daughter, without any sexuality references, isn’t something I should be ashamed of.

Actually, it’s quite the opposite. I’m proud of this story and incredibly thrilled that my daughter gets to be a character in a book. She loves it, and it’s something she’ll have as a keepsake for the rest of her life.

Instead of her friends asking what it’s like for her to have two moms, they’ll ask this instead: what’s it like to be a character in a book?

And that’s fine by me.