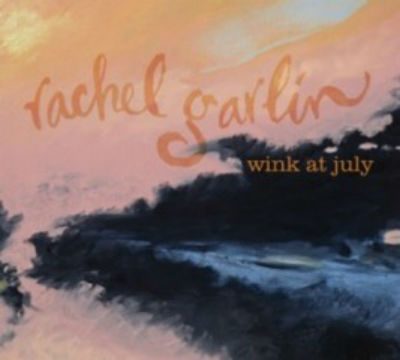 Rachel Garlin brings the coffeehouse folk scene to you.

Rachel Garlin brings the coffeehouse folk scene to you.

Wink at July is Rachel Garlin’s fourth studio album soon to be released this April. Garlin has a folk slant with poetic tales mixed with tonal ballads; it’s a creative and fun album.

“Gwendolyn Said” kicks this 12-track album off with flare as it bops along giving us an insight into the poet Gwendolyn Brooks.  Grooving along and into “Accordion Song”, this track is storytelling at its best and you can imagine the coffee house scene-playing host to a solitary Garlin and guitar rendition of this one.

“Hey Keith Haring” is simply great as we are drawn into his world of graffiti art and introduced to a man that drew “outside the lines we fear.”

“The Winding Road” is upbeat and has multiple layers of instrumentals and beats at work, all with equal effect, hinting at a little bluegrass. Following on from this track with a slow ballad, Garlin’s voice is gravelly and folky as she sings “The Sea You See”.

A varied album with tracks that have no distinctive theme except for Garlin’s passions, whether it’s poetry, art or discovery – it all gets drawn together through her music. Introduced to a distinctive country twang in “Colorado Rain” we can’t help but start to sing along.

“Up On A Ladder In Boots” is stellar folk singing as Garlin tells us the story of the painter who lives “up on a ladder in boots”. If, like me, you spend a lot of time flying then “Flying Together” will speak to you as it did me.

Rounding out the album is “Dear Friend” and title track “Wink At July” each leaving a stamp on you. Recorded in San Francisco with producer JJ Wiesler (Matt Nathanson and Girls) and featuring musicians Michael Urbano (Smash Mouth), Prairie Prince as well as longtime friends and collaborators: Green, Kate Isenberg, Julie Wolf and Jon Evans, this album is a must for your collection.