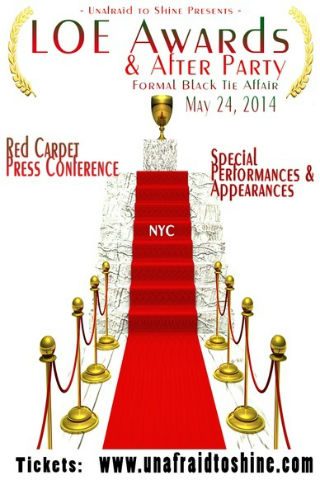 The Lesbians of Excellence Awards honor the best in our community.

Remember the immortal words of Alice Pieszecki in The L Word, “Lesbians love to eat their own”?

We all laughed at that line, but we’d hate to think it’s actually true in our real lives. Fact is, lesbians are a dedicated, culturally sensitive and tight-knit community and while we have our differences, it’s important that we unite and elevate each other to succeed in life.

The Annual Lesbians of Excellence Awards in New York aims to celebrate the very best in our community—across the worlds of literature, film, music, visual arts, entertainment, business, and community work. LOE will even be awarding one lucky lesbian Renaissance Woman of the Year, given to a woman who excels in every area of life, and is a role model to her peers and community. Little wonder Ellen DeGeneres is a nominee this year!

Curve is very proud to announce that as America’s bestselling lesbian magazine we have been nominated in the category of Excellence in Literature. This award is usually given to lesbian authors and writers for excellence in literature and published works or stage performances. If you love what Curve does, and you also believe that lesbians don’t eat their own, vote for us at www.unafraidtoshine.com/loe-awards.

This year we’re in good company with other nominees including some of our best DJs, actors, events promoters, artists and fashion designers, not to mention tireless individuals, groups and organizations that have proved invaluable to their communities through their service to charities and community projects and events.

Lesbians of Excellence is a collective and collaboration of professional and community oriented lesbian women. The LOE Awards is one way of bringing our community together to network and and celebrate women of excellence in our community. Awards will be given to women nominated and voted upon by their peers and the winners will receive recognition at the award ceremony on May 24 in New York City.

Get on your best black tie and get in the mood for Pride. It’s time to be proud of our own!