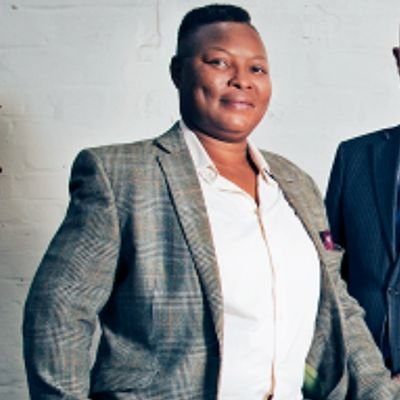 Why Are UK Lesbians Being Deported to Countries that Kill Them?

Her handsome face with the beautiful eyes and full lips looks straight at you, the seeming serenity of her gaze belying the abject terror she now feels. Her voice is clear and strong, the accent of her native Nigeria apparent. Now 47, Aderonke Apata had the same partner for 20 years back in Africa. Almost no one knew she was a lesbian–until they did. After Apata fled to the UK in 2004, her partner was murdered–one of many lesbians who have been killed in the 38 countries throughout Africa that criminalize lesbians and gay men.

Apata has already had a death sentence imposed on her. She told Curve some of the chilling details. “I never verbally came out to anyone in Nigeria,” Apata explained, “but people had their suspicions about me. I was arrested, tortured and extorted by the Nigerian Police due to my sexuality. There is a death sentence–stoning to death–currently on me passed by the Sharia Court in Nigeria following a false allegation of adultery against me.”

Violence surrounded Apata when she fled Nigeria. Her son was stabbed to death, her elder brother was murdered defending her family against violence. As soon as Apata arrived in the UK, she applied for asylum, in fear for her life. But the threats followed her.

“Upon my arrival [in the UK] I have received death threats from people I knew in Nigeria threatening to kill me if I ever returned,” Apata says. The threats could not be more clear–death awaits her there.

Apata reads some of these: “If you step your foot on the soil anywhere in Nigeria, I promise you will not see the light of day… you are a dead person if you come to this country.” and “We will kill her the same way we killed her friend ‘K’ We make sure we stone her to death or set her ablaze by all means… as soon as she arrives here we are waiting for her at the airport.”

The anti-gay sentiment from Nigeria knows no borders. Apata explains, “Even in Manchester I was physically attacked by a woman I didn’t even know, I presume she was Nigerian, who said ‘I don’t know if you are a man or a woman, but I know what you are, you are one of them that suck women’s pussy’ which I reported to the police. If I was in Nigeria I would not be able to report to the police because it would mean going to the government and report myself for homosexuality! So who would I have gone to call to come to my rescue?’

Her fears of these threats are hardly without merit.

In January, Nigerian president Goodluck Jonathan signed one of the most restrictive anti-gay laws in Africa, imposing sentences of 10 years in prison on same-sex couples seen kissing or visiting a gay club. Repeat offenders can be jailed for life. Known lesbians and gay men can be sentenced to life in prison, simply on the word of others. Having lived an out lesbian life for a decade in the UK, Apata faces certain imprisonment—if she gets that far.

When lesbian activist Jackie Nanyonjo was deported from the UK back to her native Uganda a year ago, she died as a result of injuries she received during her deportation from Bedfordshire’s notorious Yarl’s Wood Immigration Removal Center. Yarl’s Wood has been the site of numerous hunger strikes by women protesting rapes, racial intimidation and indefinite detentions. The UN has put the center on a watch list.

Demo for Jackie Nanyonjo from Movement for Justice on Vimeo.

Apata was detained in Yarl’s Wood for more than a year after serving a prison sentence for working illegally. She says it is not an immigration center but “a detention center, a concentration camp” and that it she “never knew what was going to happen to me there.”

In the past year more and more lesbians from various African countries have been held in detention after seeking asylum. In December, a young Ugandan lesbian, Prossie N, 20, was deported back to Uganda after her asylum request was rejected, despite appeals to the Home Office.

On April 10, Anne Nasozzi, another lesbian asylum seeker, was forcibly returned to Uganda, put on a flight by officials from Yarl’s Wood.

Nasozzi had fled Uganda last December after her house, where 11 other lesbians lived, was mobbed and set on fire. Nasozzi escaped and fled to England. From December until April 10 when her asylum request was denied, she was detained at Yarl’s Wood.

The detention system and the Byzantine process of asylum is barbaric, as Apata describes it. She asserts, “I look at you to help [me], I run to you and what do you do? You lock me up.”

The UK now requires videotaped testimony detailing a woman’s lesbian relationships–including sexual encounters. The British government alleges it has to be certain women aren’t just pretending to be gay. Apata, who says she has always been reserved about her sexuality, has called the process “pornographic.”

But the clock is ticking on her bid for asylum. “I have been through two tribunal reviews, and filed two appeals of my case,” she says. “Now, my case is going to the High Court for review, and if they decide to deny my application, my deportation would be imminent.”

And has been proven recently, the Home Office is in a deportation mood.

On April 11 petitions with thousands of names were presented to the Home Office in both London and Liverpool on behalf of Apata. Her asylum request was scheduled to be heard by the High Court on April 15.

Apata says, “The most important things people can do is sign my petition, and the one for all asylum seekers on Causes at www.causes.com/asylum-for-aderonke. Through this campaign, supporters will be updated with the result of the decision from the High Court, and be able to help should there be another call to action.”

The case against Apata’s deportation is simple and she explains it succinctly, “If I were to return to Nigeria, I would face persecution, torture, and likely death for being gay.”

Death by fire or stoning.

The UK must grant her asylum, now. The Home Office cannot have the blood of yet another lesbian on its hands.