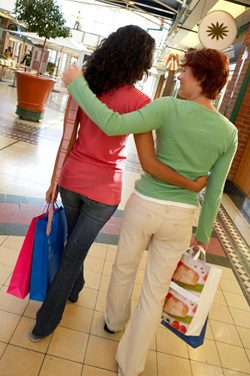 The total buying power of the U.S. LGBT adult population for 2013 is projected to be $830 billion, according to an updated analysis by Witeck Communications.

Disposable personal income (DPI) – also known as buying power – according to economists, is the amount of money that households or persons have available to spend and save after paying taxes and pension contributions to the government.

Since 1993, Bob Witeck has provided expert knowledge, trend reports and communications counsel to Fortune 500 companies on their strategies to understand and connect with LGBT households and families.

“LGBT buying power is diverse in ethnicity and socioeconomic status, and we are an incredibly loyal constituency,” said Justin Nelson, National Gay & Lesbian Chamber of Commerce (NGLCC) Co-Founder and President. “At NGLCC, we have more than 140 corporate partners that recognize not only the influence of the LGBT dollar, but the economics of inclusivity.”

Witeck confirms that “Buying power is not the same as affluence or wealth. There is no evidence that same-sex households are more affluent or, on average, earn more than others, which is little more than a stereotype. We recognize economic research that strongly suggests that gay men appear likely to earn slightly less than their heterosexual counterparts, for instance and that LGBT populations of color particularly face many job and earnings barriers.”

He added that, “The historic movement towards marriage equality, the rising tide of public opinion and changing federal and state laws help address some of the discriminatory burdens that LGBT people and same-sex couples face today. Nonetheless, LGBT Americans and allies still must repair costly tax inequities, put right a complex set of inadequate relationship and parental rights, and dismantle barriers to public safety net programs that other married couples and their families today enjoy.”

Witeck also cited the work of the UCLA School of Law’s Williams Center and the National Center for Transgender Equality that document higher incidence of bias and economic disparity faced by transgender adults, too: “Time and again, studies show that transgender people face unacceptably high rates of discrimination in all areas of life, especially in employment and health care.”

Based on a diverse range of LGBT population estimates, and more than a hundred online population samples conducted by expert research partners at Harris Interactive over the twelve years, the 2013 analysis benchmarks approximately 6 to 7% of the adult U.S. population as willing to self-identify as lesbian, gay, bisexual and/or transgender, or between 15-16 million adults (18 years of age and older).

In this analysis, buying power is characterized as another term for “disposable personal income,” or DPI, which economists define as the total after-tax income available to an individual to spend on personal consumption, personal interest payments or savings.  According to economists, this equals roughly 86% of income in the U.S.

The general approach used for estimating buying power also reflects the accepted path applied by the Selig Center for Economic Growth at the University of Georgia in its calculation of the purchasing power of populations such as Hispanics, Asian Americans and African Americans.

This methodology uses national aggregate disposable income data that are compiled by the Bureau of Economic Analysis (BEA) of the U.S. Department of Commerce and are therefore considered the most authoritative picture of overall purchasing power in the United States.  LGBT purchasing power is understood by estimating a proportion of aggregate disposable personal income (DPI) to the population range of LGBT-self identified adults.