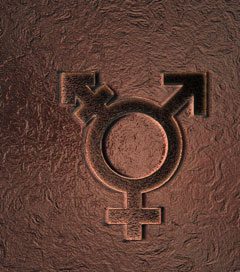 The most recent victims include a transgender woman in Detroit who has not yet been identified, and Amari Hill, a transgender woman who was found shot to death in an alley in Richmond, Virginia on November 10th.  In both of these homicides, no motive has been made public.  (Note that in the Amari Hill article, Ms. Hill is mis-gendered throughout.)  NCAVP will continue to monitor these homicides along with the local programs in those states.

The National Coalition of Anti-Violence Programs (NCAVP) most recent report, Hate Violence Against Lesbian, Gay, Bisexual, Transgender, Queer and HIV-Affected Communities in the United States in 2012, documented 25 anti-LGBTQ murders.  73.1% of all anti-LGBTQ homicide victims in 2012 were people of color and 53.8% were transgender women.  So far, in 2013, NCAVP has documented the homicide of 12 transgender women nationally.

“Each year, NCAVP tracks the homicides of lesbian, gay, bisexual, transgender, and queer (LGBTQ) people in the U.S. in which a motive is known.  However, for many LGBTQ homicide victims, especially transgender women and people of color who are disproportionally affected by violence, a motive is never determined,” said Chai Jindasurat, Co-Director of Community Organizing and Public Advocacy at the New York City Anti-Violence Project.  “This year we have already seen 12 homicides of transgender women of color, and in many cases, a motive for their deaths is still unknown.  Today, tomorrow on Transgender Day of Remembrance, and every day, we must call attention to these incidents and mobilize on our communities to organize and respond to this violence, so that the lives of these individuals are not forgotten or overlooked.”

NCAVP has reached out to local NCAVP member organizations the Virginia Anti-Violence Project  and Equality Michigan to raise awareness of these unsolved homicides and to support the local communities affected by this violence.

“We are saddened and angry to hear of the murder of another transgender woman of color who has yet to be identified,” said Yvonne Siferd, director of victim services for Equality Michigan.  “The undignified way in which her body was dumped speaks to the larger issue of anti-transgender hostility in our society, and the vast amount of work we, as supporters of the LGBT communities, have in front of us.  We know that transgender women of color are the most disproportionately affected by violence and hate against the LGBT communities, and this latest incident is a tragic reminder of that reality.”

“What a terrible shock to learn, while preparing for our local Transgender Day of Remembrance events in Richmond, Virginia, that we must add the name of someone from our own community to the list of those taken by violence this year,” said Ted Heck, Board President at the Virginia Anti-Violence Project.  “We are dedicated to working with community members and other local organizations to address the circumstances that place transgender women of color in particular at continuing risk for deadly and unacceptable violence.”

NCAVP is concerned by inaccurate media accounts of these homicides, especially the mis-gendering of the victims.  To report news reports about anti-LGBTQ violence that are problematic or defamatory in any way, please report it to GLAAD.

NCAVP is a resource for anyone who experiences violence.  For more information, or to locate an antiviolence program in your area, please contact us at [email protected]  or visit us online.  Join NCAVP in our efforts to prevent and respond to LGBTQH violence.  To learn more about our national advocacy and receive technical assistance or support, contact us at [email protected].