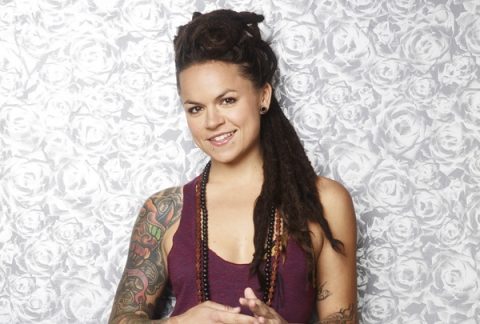 Want more of Whitney Mixter? Read up on what she has to say about coming to Oz and what she’s bringing with her.

I told Whitney Mixter we were going to play a game. I asked her to fill in the blank of this sentence: ‘Lick…a tantalising night for girls who love girls who like to ____?’ Instead of giving me a word she gave me a low, ‘Mmmmm’ and laughed, saying, ‘Honestly, I think that’s my fill-in-the-blank.’ Ladies, get ready for The Real L Word to come directly to you this spring, as the girls behind the biggest girls night in Hollywood – and our favourite lesbian reality series – comes To Australia for a round of partying, flirting and…? There will be mixing with the Mixter, go-go dancing by Sara, and music spun by the best of the best of LA nightlife. Whit sat down with LOTL to talk girls, nightlife, and what she wants us to know before she hits our shores.

What have you heard about Australian girls?

I feel like – and this is going to sound really crazy – Australia has always been this place where everyone is really into extreme sports and really athletic and, like, browned with a tan. But I think the one Australian girl I did meet in New York actually had black hair and really pale skin so I guess that really doesn’t hold up. [Laughs] I guess I envision a Southern California girl but with a much better accent.

What are you bringing with you to Australia?

We’re taking our club night Juicy, which was actually featured on The Real L Word, on tour. It’s the biggest night in southern California. It’s myself, DJ Asha, and DJ Lezlee as the DJs that come along with me, and then Sara, who’s on the show, is the go-go dancer. Our goal in creating Juicy was to create a night in which the one word that stuck out was epic. We wanted it to be an epic night that you didn’t know what to expect, with incredible energy and like nothing else you’ve seen. The other nights would be normal nights, girls would come out, you would have fun, but it wasn’t like a ‘holy shit!’ night and that’s what we’re going for.

So it’s basically like The Real L Word comes to you.

What has changed in LA nightlife since Juicy began?

There’s an energy behind LA lesbian nightlife now. It has brought our community out and more women are feeling comfortable with their sexuality. They’re seeing more women in the media who are out and that’s always important.

I heard you mention on the show once that when you go out people smell your dreads.

Yes! Well, here’s the thing. I made the mistake of saying it on the show this past season and so ever since then the amount of dread-smelling has grown exponentially. Now it’s on a different level so I have to make sure that they smell shockingly good.

They’re clean. I like to go with Kiehl’s original musk oil.

Do lesbians get extremely excited to see you?

Yeah, oh yeah. I’ve definitely had some interesting experiences and definitely in some towns girls are much more forward than in others. It goes in a range from really sentimental things like that I had an impact on them coming out to girls just being very, you know, libido trippin’.

Everywhere I go I like everybody to have a good time. I get on the mic and get everybody hyped up, and I know DJ Asha and DJ Lezlee tear it up. They know what a crowd likes and what gets them dancing. I definitely like to dance and we like the get the energy as high as we can, get the drinks flowing, the party cranked up. I don’t like to separate myself at all. I like to be in the mix, talking to people, taking pictures, dancing, doing shots.

What do you want to tell the girls in Australia before you get here?