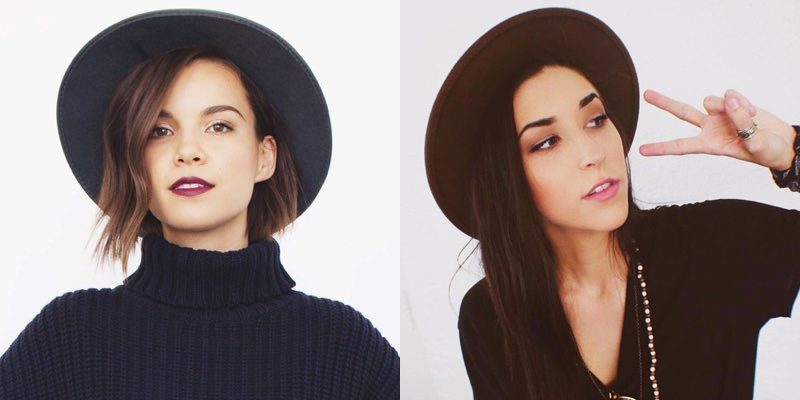 After just one video, you’ll be hooked on these amazing LGBTQ+ vloggers.

Are you interested in hearing about some kick-ass female (and genderqueer) vloggers who are turning the world of YouTube on its head in the name of LGBTQ+ representation?

Of course you are, so I’ve rounded up my favorite LGBTQ+ vloggers into this one handy list and even included their best videos to get you started.

Ally Hills is a fantastically talented singer and musician who shares her music videos on YouTube. Her songs range from the comedy styles of “How To Know If A Girl Is A Lesbian”, which plays on the most common lesbians stereotypes of owning cats and wearing plaid, to acoustic covers of songs by other LGBTQ+ artists, like Panic! At the Disco, to her stunning original songs like Peacekeeper and Wrong.

IMO, Ingrid Nilsen has one of the most fun channels on the whole of YouTube, containing shopping hauls, hair tutorials, and travel vlogs. Her glam-it-yourself hacks have also brightened up my wardrobe to no end.

Ingrid has two coming-out videos: one where she first came out and a follow-up in 2016 about the experience of coming out. She describes coming out as terrifying” but “valuable”. She also tackles important issues like mental health and the trans bathroom laws in the USA

Zinnia is one of the biggest transgender voices of YouTube right now; dispelling myths about trans-people, discussing politics, and explaining big scientific concepts in a simple way. She’s smart as hell.

Her long-running series in Gender Analysis is a helpful guide to life as a trans person, in which Zinnia draws on her personal experience, the experiences of others, and contemporary research. If you want to learn about the issues facing trans-people in the world today, go to Zinnia’s channel.

Ash is a fantastic advocate for LGBTQ+ people and the majority of her channel focuses on issues relating to the community; she’s even written a book called the ABCs of LGBT. Honestly, she is my go to for videos explaining LGBTQ+ topics in a fun, yet informative, way.

She does a lot of collabs with other queer YouTubers and activists, which makes her channel a fabulous starting point for anyone looking to learn more about LGBTQ+ issues and people. Check her out, check her friends out and see what you learn along the way.

What did you think about these fantastic vloggers? Who else would you put on this list? Why do you think it’s so important to see LGBTQ+ representation on YouTube (and other parts of the media)? Let us know in the comments.