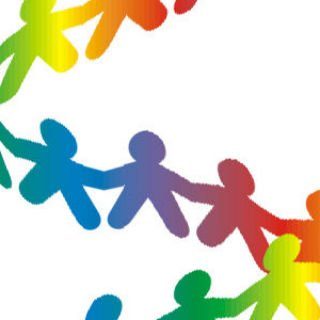 Two lesbians who use activism, education and interconnectedness to strengthen LGBT civil rights.

Abe Louise Young says her life has always been about creative writing, listening, loving oral history and other people’s stories. Over the last 15 years, Young has worked with youth, queer elders, educators, activists and communities in crisis.

Writing and publishing her own poetry and essays, she says, is integral to that work, “just like teaching and activism are totally intertwined.”

The great recurring theme in Young’s work is the advancement of communication and bringing generations together. A recent example is the guide she wrote last year, entitled Queer Youth Advice for Educators: How to Respect and Protect Your Lesbian, Gay, Bisexual, and Transgender Students. “Any one of us can be a bridge between the generations and connect the ends of that precious thread,” she says.

Having just finished teaching a semester-long high school writing workshop for LGBT youth called Dynamite Voices: Writing to Change Your World, Young is currently  working with a coalition of family violence programs in all 254 counties in Texas. The goal is to engage youth in ending violence against women and girls. She’s also working on a memoir. Set in her hometown of New Orleans, it’s about queerness, childhood trauma, and the healing power of creativity.

Many social issues are more related to LGBT concerns than one might think, Young notes. “LGBT youth are doing the frontline work of transforming gender-role expectations and rigid beliefs about what romantic relationships look like among their peers,” she observes. “The movement to end violence against women and girls is hand-in-hand with the movement for LGBT rights, because both are rooted in patriarchy.”

Having spent a great deal of time on the road in Texas, meeting with students and educators alike, Young says she understands the hardships kids endure, and the courage it takes to come out in rural, religious, Bible Belt USA. She thinks each person needs to determine when the time is right, and when it’s safe. At the same time, coming out in America, she says, is nothing like coming out in Russia or Nigeria, in terms of risk.

“I know that every gay or lesbian child who sees an out adult is one step closer to self-love and happiness,” she says. “Coming out isn’t just for oneself. It can change the vision of everyone around you, expanding freedom, especially for the youth.”

Attending a Jesuit day school in Singapore was no easy task for Madeleine Lim. At age 15, she started dating her first girlfriend, was outed by her school’s vice-principal, and was quickly shunned by all. In an effort to be supportive, one teacher told Lim, “You’re such a good student, you can’t be a lesbian.”

It’s not surprising that Lim recalls that time as one of the low points in her life, and acknowledges that she did contemplate suicide. “I felt so isolated and alienated,” she says. “That time in my life really fueled my commitment to build community, to feel like I had some place or some space where I belonged.”

It was around then, with many of her friends and associates being thrown in jail without a trial, that Lim began to see the authentic drama in her own story, and also began to explore the ways in which this narrative might play out in a movie. When she was 23, Lim left Singapore for the United States, ready to take up the cause of LGBT civil rights—and use her love of film to do it.

Today, at age 48, Lim is the award-winning founder and executive director of the Queer Women of Color Media Arts Project (QWOCMAP), based in San Francisco. Her films have debuted around the world, and she’s a noted public speaker on the subject of filmmaking and social justice.

Last year, QWOCMAP Productions premiered The Gift of Family, about black lesbians and their children, as part of its Faith and Family series, and Family Blessings, about queer Asian Pacific Islander women raising children, premiered in June, at the 2012 Queer Women of Color Film Festival. “The whole series is important because it shows us being queer within our own cultures, not outside of them,” says Lim.

“Lesbians and gays are often associated with being white, and people of color are often presumed to be straight, so it is important to show us as we really are—living at the intersections of race, gender, and sexuality, queer women of color who are raising children, loving our families and loving our partners.”

Lim strongly believes that the only way to strengthen LGBT civil rights is by building alliances with the greater world community. “It’s an integrated and holistic way of looking at the interconnections of who we are,” she notes. “As LGBT folks, we need to recognize that we cannot afford to be a single-issue constituency, we have to be a part of all human rights and social justice issues.”