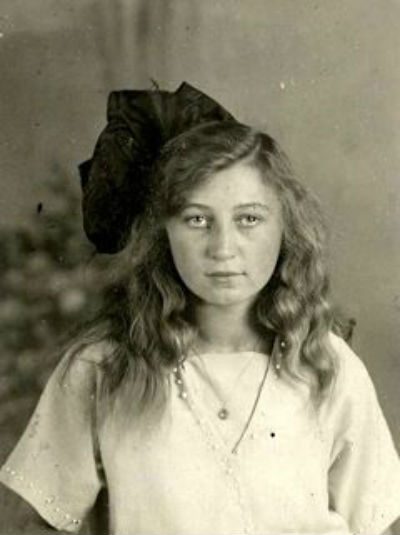 Remembering the Women of Auschwitz 70 Years After Liberation.

Amy, Ruth, Nita. These were the names of close friends of mine at my all girl’s high school. Jewish girls. Each named, I would discover, for dead relatives–an aunt, a grandmother, a distant cousin. Each named to remember dead women. Each named to memorialize them, So they would not be forgotten.

I went to Amy’s house for the first time on a chill October day in 9th grade. Her mother made us an after-school snack. When she put the plates on the table, I saw them. The numbers. In the 1970s you rarely saw tattoos. Some friends’ fathers or older brothers had them–Navy, Army, Marines–from when they were in the war–World War II, Korea, Vietnam. But body art wasn’t a thing then. You never saw women with tattoos. It was fleeting, my glimpse of Amy’s mother’s arm. She was wearing a dark blue twin set–a cardigan with little pearly buttons over a matching sweater.

She must have pushed her sleeves up a bit as she moved around the kitchen–her kitchen, her home, unthinking about the guest sitting at the table. And when she set the plates down, it was right in front of me. The numbers, on the inside of her forearm, where the most delicate skin is. There were five. I noticed the European 7, with the line through it first. Then the arm was withdrawn and next time she set something on the table, her sleeve was pulled down to her wrist. I was a guest at that house many times, but I never saw the numbers on her arm again.

Nita’s mother was different from Amy’s, although she had the same heavy accent. She wasn’t reserved. She seemed younger. She and Nita lived in an apartment in town. She was beautiful and she wore amazing, hip clothes that were more like what my friends wore than what mothers I knew wore. She dyed her hair a dark red and wore it long.  It was a few months after the incident at Amy’s house that I first saw the numbers on Nita’s mother’s arm. A warm day in early spring. The tattoo was in a different place, on the outside of the arm, up near her elbow. Sometimes the numbers were covered with makeup. Other times they weren’t. But they were often visible when I saw her. She never mentioned them. They were part of her–like a strawberry birth mark or a mole that should be watched for signs of cancer.

Nita was one of my very best friends. One day we were sitting in her apartment, me drinking soda, which was forbidden at my house and her smoking a joint, right there in her room, not even opening the window. I was nervous, told her to at least open a window. She leaned forward, holding the joint like a cigarette, and said, “Matka [Mother] says live for today, because they could drag you out of your house tomorrow by your hair into the street and no one would care. They would look the other way like they had never even met you, even though you had been friends for years. So do what you want. So I’m smoking this joint.” And then she leaned back against her pillow and closed her eyes.

I can remember both those experiences–seeing Amy’s mother’s arm, quickly hidden, like it was something pornographic and then listening to Nita tell me of her mother’s nihilistic mantra. In my memory they are crisply, provocatively clear. The sense memory of the pierogis Amy’s mother served us, the thick scent of Nita’s joint, the smell of her mother’s perfume–it is all so vivid, as if it just happened, because these events were so alien to a Catholic girl from a wholly different world than that of these daughters of immigrant Holocaust survivors.

Those girls, my friends–there were others, too–were each  named for members of their families who had been killed in the camps. Years later I would write a poem, published in one of my collections, for another friend who was also the daughter of Holocaust survivors. I wrote that she spoke of the camps as if all our parents had met that way–across barbed wire, their tattooed arms reaching out for one another in that darkest of all places, the inhuman path to genocide.

I thought of all these old friends of mine on January 27, Holocaust Remembrance Day, the 70th anniversary of the liberation of Auschwitz. A different memory came to mind, giving me a chill. The aunt of a different friend, a Catholic friend, another Polish family–my school was filled with working class kids, many first generation. I had overheard this woman say one afternoon in my friend’s kitchen in that same thick accent of Amy’s and Nita’s mothers, “Well one thing you can thank Hitler for, at least. He got the Jews out of Poland.”

If one doesn’t walk the line of possible genocide, it’s impossible to understand the fear. When I was an idealistic 14-year-old hanging out with my first-generation immigrant girl friends, I had only had a glimpse of what it was to be hated.

I’d been called a “nigger-lover” in grade school, because my parents were civil rights workers and the school was small and everyone knew everything about you. I’d been called a pagan and punched and slapped because I’d been seen going into the house of Jews–my mother’s best friend since high school lived next door to one of my classmates. These things didn’t happen that long ago. The Holocaust didn’t happen that long ago, either. So when millions of Parisians marched a few weeks ago in solidarity against the handful of Islamist terrorists who killed 17 people–millions of Parisians and world leaders, their arms linked–I could not help but wonder where their relatives were when Jews and lesbians and gay men and Gypsies were being dragged from their houses and loaded into trucks with the full consent of the Vichy government and sent to their deaths in the camps. I could not help but wonder how millions could march for 17 French people slaughtered by extremists, but those same people and their relatives had never done the same against the Nazis.

I could give a little history lesson here about the pink triangles gay men were forced to wear in the camps or the black or red ones affixed to lesbians. I could describe what was done by Dr. Josef Mengele to women in the camps as detailed at the Nuremberg trials or how lesbians were particularly vulnerable to gang rapes by guards. I could enumerate horror after horror after horror until you were so inured to it you’d merely shrug. Because what Stalin said–Stalin, the greatest mass murderer in history, surpassing even Hitler–is true: “One death is a tragedy, a million dead is a statistic.”

Six million Jews were killed–one third of all the Jews in the world and most of the Jews in Europe. Millions of others were also killed: The majority of the Romany people–Gypsies. Homosexuals. Catholic dissidents. Christians married to Jews. It’s important to remember who killed them. Not just the amorphous Third Reich, but the people of the countries in which the camps were: Germany, Austria, Poland, Czech Republic, France, Netherlands, Latvia, Ukraine.

Europe was not a victim of the Holocaust, Europe was a participant. Nita’s mother was dragged from her house not by the Gestapo, but by her Polish neighbors. She was 14. Not everyone was Miep Gies, the woman who hid Anne Frank and her family from the Nazis for two years. Amy’s mother and uncle were the only survivors of her immediate family. The rest died in Auschwitz. My friend Ruth’s parents met in a dislocation camp having survived Dachau and Buchenwald. My friend Shelley’s parents each survived Bergen-Belsen. My friend Rivka’s mother survived Madjanek. Randy’s father survived Chelmo.

Mine was the generation of children of survivors. My friends were the blessings to parents almost killed, the gifts that said life could go on, no matter what. But I met my friends’ parents. They were broken, often almost vacant people. Even Nita’s mother’s vibrancy was forced.  I want to remember the details, not the numbers, because the numbers are so vast, one’s eyes glaze over. The details haunt you. Not, actually, the bodies stacked like kindling. But walking through the narrow chute at the U.S. Holocaust Museum in Washington, D.C. it’s the shoes that start to make you claustrophobic. The piles of shoes of the victims. Then there are the tiny wooden bunks. The cattle cars. The hair. Everywhere, the piles of hair. And suddenly you can’t breathe because you can imagine the yellow star being sewn onto your blue and white striped uniform or the black or red triangle. Or all of them together. You can imagine being ushered into Mengele’s office as he mixed the cement to inject into your ovaries or vagina to see what would happen. You can imagine praying to live and praying to die at the same time, over and over again.

Anti-Semitism is more prevalent now across Europe than it has been in 50 years. Jews have been killed in France and Belgium. Synagogues have been trashed, swastikas sprayed on Jewish schools and businesses. But in countries all around the world, being a lesbian is as illegal as being a Jew was 70 years ago in Nazi-occupied Europe. And just as Jews felt safe outside the grip of Hitler, lesbians feel safe outside the grip of Nigeria’s President Goodluck Jonathan, Ugandan President Yoweri Museveni, Iranian President Hassan Rouhani, Jamaican Prime Minister Portia Simpson-Miller or Indian Prime Minister Narendra Modi. But in those countries it is illegal to be a lesbian, just as it was illegal under Paragraph 175 of the Nazi code.

So as we remember what was done to millions of ordinary citizens throughout Europe 70 years ago, let us not forget who it was who committed that genocide or how genocide evolves. The othering of an entire group of people, be it Jews or lesbians, makes it easier to betray, torture and kill them. As we say of the Holocaust, never again. Let us remember that throughout the world the genocide against “homosexuals” is as virulent as it was during the Third Reich. And just as the relatives of those who watched as Jews were escorted to their deaths march today as if that never happened, world leaders like President Obama still shake hands with the perpetrators of our annihilation and call them allies.