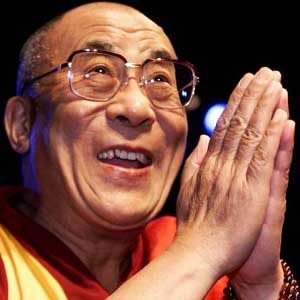 The Dalai Lama is set to spread his wisdom and love to Australian fans when he lands down under this June.

Within hours of tickets going on sale for the Dalai Lama’s June 2013 Australian visit, thousands of his fans and followers had snapped up seats to His Holiness rare appearances at the Sydney Entertainment Centre.

The response, reminiscent of a rush on hot seats to see a global rock star, was no surprise for Dalai Lama in Australia Ltd, the organisation managing the 2013 visit.

“There is no escaping the analogy to a rock star tour, however His Holiness doesn’t profess to be anything more than, in his own words, ‘a simple Buddhist monk’,” said DLIA General Manager Lynn Bain.

“The focus of the events scheduled during his visit, is to meet demand from people from all walks of life, seeking guidance to a happier, more fulfilled life, perhaps just seeking reassurance that they are on the right ethical path,” she added.

All over the world each year, hundreds of thousands of people gather to hear the Dalai Lama speak, or just to catch a glimpse as he passes by.

In some countries, this occurs in a field without shade, football stadiums, city squares such as Times Square in New York. Elsewhere it may be in a temple where every inch of floor space is taken by strangers sitting cross legged, side by side.

“In Australia, we are very fortunate to have the chance to see and hear him in the comfort of major venues and here like everywhere else, there is a sincere and growing response to his message of love, compassion, tolerance and wisdom,” she added.

As the manager of the Dalai Lama’s last four Australian visits, Ms Bain well understands the massive logistics required to accommodate audiences of up to 15,000 at the Dome in Perth or the 9000 who sat on the grass at Brisbane’s River Stage or the 5000 who in 2011 took up every seat in the house at a Teachings held over a long weekend in Melbourne.

On the Dalai Lama’s last visit to Australia, Sydney our largest city was not included but even so, some people 65,000 attended public talks and teachings in Melbourne, Brisbane, Canberra and Perth and a further 110,000 listened or watched online or outside of major venues.  Such was the level of last minute public interest, with full house bookings, DLIA erected large overflow screens in Melbourne’s Federation Square and elsewhere around Australia.

The same level of interest is expected in Sydney, when the much admired Dalai Lama touches down on 13 June, for a 10 day visit to Australia.

His Holiness will be nearing 78 years old when he visits and it will be his 9th visit to Australia by invitation, since 1982.

Despite his maturing years, the ever energetic Dalai Lama continues to travel, spreading his message of tolerance, acceptance, compassion, ethical living and peace.

Under the secular theme “Beyond Religion – the benefits of living ethically”, he will give Public Talks in Sydney, Melbourne, Adelaide, where he has not visited in 20 years and travelling to the far north to visit Darwin for the first time.

In Sydney, of his own choosing, he will also give a rare Teaching also at the Sydney Entertainment Centre over the 14th-16th June weekend.

To date over 25,000 Australians have participated in Teachings by His Holiness and many are expected to travel to Sydney to do so again. To be in his presence and learn directly from him, is said to be a very powerful experience indeed.

“His Holiness has three main reasons for visiting Australia – promotion of positive human values, promotion of inter-religious harmony and the welfare worldwide of the people of Tibet, ” said Ms Bain.

The Dalai Lama was last year awarded the world’s prestigious Templeton Prize at a ceremony in St Paul’s Cathedral in London.  He was awarded the Nobel Peace Prize in 1989 and presented with the US Congressional Gold Medal in 2007.