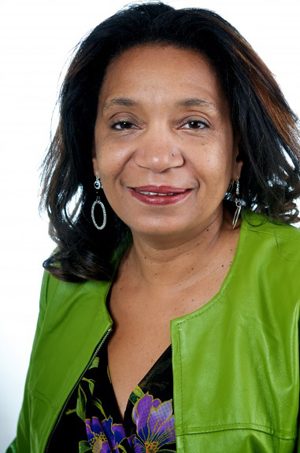 Michelle E. Brown is fearless. Born and raised in Detroit, she has always looked for an audience in the most unlikely places, often finding herself the only African American lesbian in a room full of Republicans while giving a lecture on the value of equal rights. On behalf of her community, she has confronted issues of gentrification, homelessness, drug addition, and the lack of housing for HIV/AIDS patients, and has initiated reading and writing workshops for children in the metro-Detroit public and charter schools. Michelle brings people together and pushes them into action. Her power, she says, lies in her ability to find common ground.

How would you describe Michelle Brown?

A crazy lady! Somebody who will talk to anybody and who takes a real interest in people. I am a thinker and studier of life. But I am a real person, not someone who has a formula who is going to come out there and say, “If you just think positive everything will work out.” I am going to tell it real. “Shit happens. Get over it and get on with it.”

Would you call yourself an activist?

I am an activist first. There are certain things we need to tackle that we find ways to not look at. When people talk about civil rights, gay rights, and women’s rights, I ask, “What is the common ground?” I tell people to look. I get people to think, and give them reasons to move on. We sometimes don’t know how to realize our power. By shedding light on our ability to appreciate and respect each other, we can move forward as a civilization.

How do you respond to people comparing gay marriage inequality to the civil rights movement?

I was on a panel that was addressing the issue, “Is Gay the New Black?” to discuss whether or not the gay community was “trying to co-opt the civil rights movement.” But I say, “Gay is the old black!” Segregation was so egregious that it formed a movement to make change. We couldn’t have inter-racial marriages. We said, “enough!” And we as gays know now that we are reaching that point again. This is a huge civil rights movement. And as a gay woman, I understand wanting to say, “Where is our Rosa Parks?”

What three values keep you grounded?

Equality. Authenticity. (There are lots of things people can deal with if we just tell them what the deal is.) Perseverance. (I will survive.)

If the sky were the limit, where would you want to see yourself?

All my friends want me to get on Oprah, but that’s silly. Then what? No, if the sky were the limit, I’d be in front of the United Nations talking to them about what kind of world are we going to lead our children into. I’d ask, “Why isn’t there good health care? What can we do about AIDS? How do we look at our world?” And then I’d make them responsible for the answer.