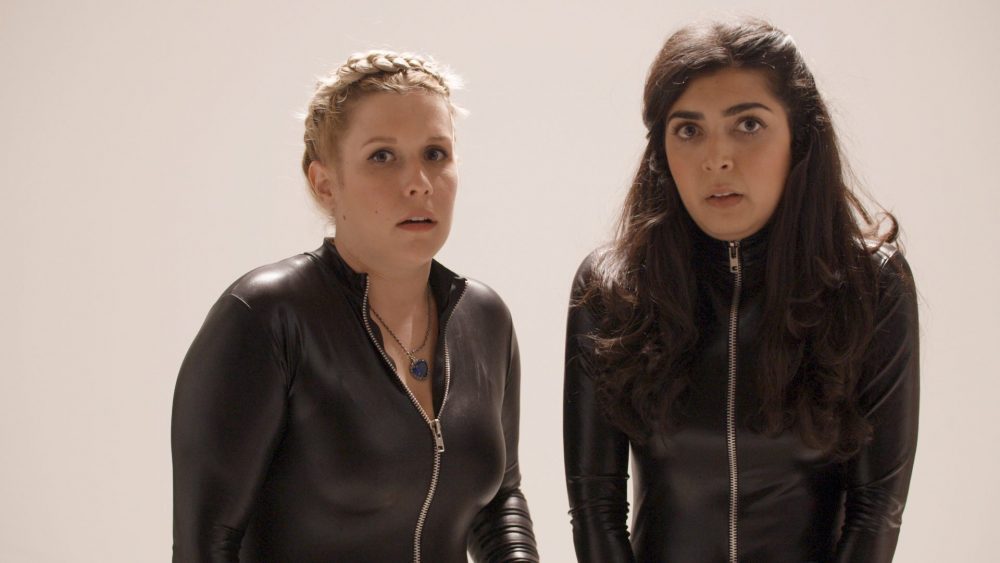 Lost & Found follows the best friends, Karly and Alex as they pretend to get kidnapped but soon realizes no one seems to notice.

The episode was shot entirely in Boston with local cast and crew. Also joining the cast is Emmy Award winning Jonathan Katz. Jonathan is best known for being the voice actor in the animated sitcom Dr. Katz, Professional Therapist as Dr. Katz.

Season 1 was funded through a successful Kickstarter campaign, and generated an astonishing 5+ hours of content with principle photography wrapped in only 6 days.

A mini-movie called “Gay Camp” was funded by a grant won through TVFest. “Lost & Found” was a finalist in the Bravo TV StoryCentral Labs competition. BostInno believes that K&A “is a Boston show we can actually relate to,” and Arts.Inc named K&A one of “top thirteen web series to watch.”