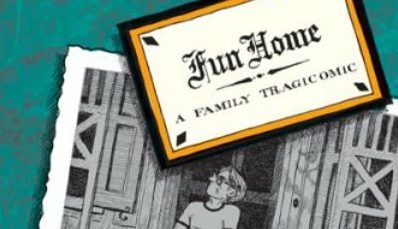 College is a time for students to gain new knowledge and learn about aspects of the world that people are not exposed to until entering a collegiate atmosphere. Campuses across the United States are diverse and offer activities and classes for every interest.  It is a challenging time in which everyone faces obstacles and ultimately grow in every aspect of life.

A group of incoming Duke University freshman do not seem to understand that universities find it important to expose students to many different forms of literature and belief systems. The exposure to literature not read in high school helps students expand their world views without imposing any certain belief system.

Like many universities, Duke offers a recommended summer reading book for all incoming students. Students are not required to read the book, will not be tested on its content, and will not be graded on completion. This summer, Duke chose the graphic novel memoir “Fun Home” by Alison Bechdel.

“Fun Home” was published in 2007 and tells the story of Bechdel’s life growing up with a closeted gay father who killed himself shortly after she came out to her parents as a lesbian. The book deals with many subject matters that young students begin to face like dealing with loss and, is at its heart a coming of age story. The book has won numerous literary awards and was adapted into a Broadway musical that has won several Tony Awards.

‘Fun Home’ was ultimately chosen because it is a unique and moving book that transcends genres and explores issues that students are likely to confront.

The Vice President for Public Affairs at Duke, Michael Schoenfeld, stated on the selection process that “The reading is selected by a committee of  students, and staff, who then solicit feedback from other members of the Duke community. ‘Fun Home’ was ultimately chosen because it is a unique and moving book that transcends genres and explores issues that students are likely to confront. It is also one of the most celebrated graphic novels of its generation…” and that “Duke has had a summer reading for many years to give incoming students a shared intellectual experience with other members of the class…”. He also noted that the decision to read the book is voluntary.

Brian Grasso, the 18 year old freshman that originally took to Facebook with his objections, says that he feels “as if I would have to compromise my personal Christian moral beliefs to read it.”

Duke is not the only university to face such backlash in regards to the book. The University of Utah and the College of Charleston both saw student protests over the book being included on reading lists.