After years of hiding in Nashville, Chely Wright comes clean about her sexuality and becomes the first country star to do so. Read exclusive excerpts of her landmark interview.

As country music star Chely Wright stood in front of a stadium of thousands of her screaming fans, belting out 1999’s girl-power rallying anthem, “Single White Female,” she had no idea that the Sex and the City-style country hit—which spoke directly to the joys and frustrations of single women everywhere—would skyrocket that summer to top three music charts (including No. 1 on Billboard) and become the best-selling record in the nation. However, Wright’s “overnight” success was anything but. She had been performing in Nashville for a decade already (starting as a teen at Opryland), and even had her first Top 20 hit from her third album (“Shut Up and Drive”). But 1999 was the year it all turned for Chely Wright. Soon she topped other charts—People’s 50 Most Beautiful People list, FHMs’ Sexiest Women in Music—and she was collaborating, on stage and off, with some of the country’s most eligible bachelors like Vince Gill, Brad Paisley, Brett Favre and Troy Aikman. She performed around the globe, entertained the military troops, gained awards and mainstream success and maintained her belief in God, family and apple pie. It was everything Wright had dreamed about since she was a little girl in Wellsville, Kan. all those years ago.

Then on January 26, 2006, Wright pulled down a 9mm handgun from her closet, stood in front of a mirror, put the muzzle in her mouth and prayed. Why? Because after years of lying and hiding and pretending, country music star Chely Wright could no longer keep her big secret: she was gay.

Today, 39-year-old Wright is alive and well and ready to tell the world that she’s a lesbian, even if by doing so she becomes a flashpoint for debate among country music fans. Because while some country crooners like Garth Brooks and Dolly Parton have preached tolerance and gay-friendliness, the music industry known simply as “Nashville” has never seen an openly gay country music star. (What about k.d. lang, you ask? Well, she made an early record in Nashville and even won a Grammy for best female country vocal performance, but the traditional world of country music never embraced the androgynous, rockabilly, vegetarian as one of their own, and she had long abandoned the country genre before coming out in 1992).

Wright has just released a memoir, Like Me, which talks about juggling her secret sexuality with music stardom, and her new album, Lifted Off the Ground, which tackles some of the same territory in occasionally haunting, always evocative lyricism. New York lesbian filmmakers Bobbie Birleffi and Beverly Kopf are even documenting Wright’s life for a film on her coming out and the subsequent fallout in Nashville, the Buckle of the Bible Belt and in the Midwest, where the singer is from. But for Wright, the woman who thrilled troop members in Korea, Kuwait, Germany, Iraq and even a remote military outpost in Afghanistan; who was (unwittingly) embraced by the Boy Scouts, Disney and the religious right for her good American values; the girl who made a pact with God that she’d never sin if she could make it to the Grand Ol’ Opry; the teen who became a homecoming queen and, years later, the American Legion’s Woman of the Year; the country girl who cried when she met Loretta Lynn; the woman who hadn’t even told her own mother that she’s gay before she spoke with Curve—for that woman, the stakes are high. But with the release of the June issue of Curve (on newsstands by May 28), the woman with seven country music albums and millions of fans worldwide finally found her voice. (Digital subscribers to the magazine will get t heir advance copy earlier.) 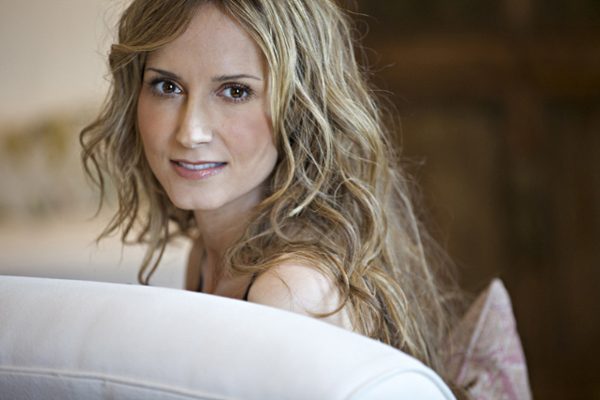 Some exclusive excerpts from the interview:

Chely Wright on why she finally came out:

“I almost died. The hiding almost killed me. I had pretty masterfully…painted myself into a corner. I’d made a deal with God early on that I’d go without love in my life, just give me music, but when you’re 9 years old and brokering deals with God about what you will and won’t do, and you don’t realize the importance of love and companionship in your life—one really shouldn’t be held to those deals.”

Wright on hiding her sexuality:

“Once I knew I was spiritually OK, I still knew that I had to hide. I wanted to be a country music singer. And still to this day, there has never  been a country music singer that has had hit records that has acknowledged his or her homosexuality. I just knew that I wouldn’t have gotten that record contract. I knew I wouldn’t have gotten those hit records. I just felt like I had to hide and, quite frankly, I look back on it now and I still believe that I did what I had to do.”

On love in the closet:

“I had a partner for 12 years and we only told two people in the entire time we were a couple. I wasn’t just in the closet, I was behind the sheetrock in the closet. I didn’t even tell my best friend. I didn’t tell anyone, because the minute you do, they have to lie for you.”

On losing the love of her life:

“Can you imagine being someone’s partner and having to be a secret?  You know, it’s really hard, it’s incredibly painful. And this was the love of my life, and to this day I struggle. I mean, I lost her because of it. I realized I had painted myself into a corner. I had amassed relative wealth and success and fame and I was doing everything I ever said I wanted to do and I realized [after the breakup] that none of it matters. I realized I would rather work in a grocery store bagging groceries and live in a crappy little apartment with my partner. I would rather have love in my life than any of this—and I lost it all.”

On whether she felt hypocritical singing l about men:

“Never, not once, and I still don’t. I think I’ll still sing them exactly how I always did. You know, I sing songs about divorce, too, and I’ve never been married and divorced. And I’m a singer that interprets a song that I believe to be great whether I wrote it or not, and I believed “Single White Female” to be a great song. I never felt like a hypocrite and I never felt not genuine as I sang those. Single White Female was a really big record and a really big part of who I am. You know, ‘I’m a one woman man and don’t want no other’—that’s an anthem to a lot of people, and I will sing it as such.