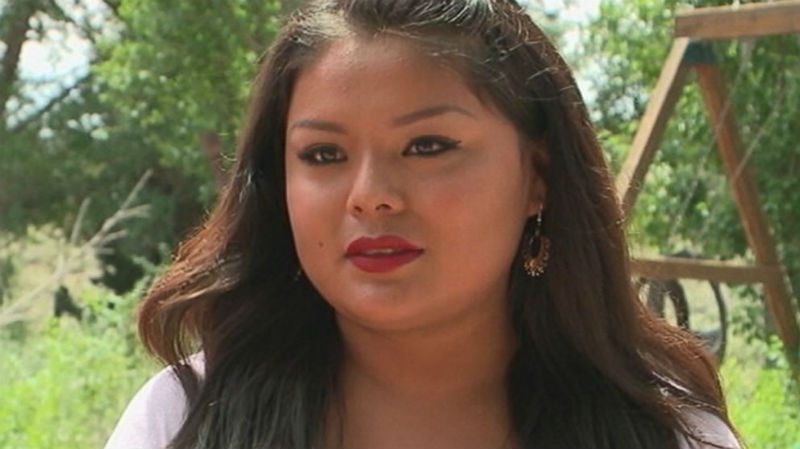 Alex Trujillo wanted to play volleyball for her high school. She was told she couldn’t. Here’s why.

Alex Trujillo loves volleyball. That’s why she decided to try out for the high school volleyball team at Laguna-Acoma High School in New Mexico. But school officials told her she was ineligible. The reason? Alex was born male and now identifies as female.

Transgender equality on high school team sports is an ongoing issue for transgender student athletes all over the country. Some states already have policies in place in order to even the playing field, or in this case the volley ball court. However, the written legislation varies.

According to the New Mexico Athletic Association (NMAA), Alex can play on the team if her birth certificate is amended or updated with her preferred gender.  But New Mexico’s law says that a person can only change the gender on their birth certificate after reassignment surgery takes place, and very few doctors are willing to perform these types of invasive surgeries on minors. Alex is stuck sitting on the sidelines.

Thankfully, the National Center for Lesbian Rights (NCLR) has stepped in to help. In 1977, a lesbian activist named Donna Hitchens started the organization in order to advance LGBT equality. Today, the NCLR’s programs foremployment, immigration, youth, elder law, transgender law, sports, marriage, relationship protections, reproductive rights, and family law create safer homes, safer jobs, and equality. If it seems like an oxymoron for a lesbian organization to be furthering transgender rights, it shouldn’t. In order to create world in which we are all treated with dignity and respect, we all have to work together to turn the tide of inequality—whether we are gay, lesbian, bisexual, transgender or otherwise.

The NCLR has already helped several other states develop comprehensive, inclusive sports policies. And, after hearing Alex’s story, they are now working with NMAA as well. The most glaring argument for keeping transgender student athletes on the sidelines is that females who were born male still have the genetic makeup and strength of a male, giving them a competitive advantage. To which Asaf Orr, staff attorney for the NCLR says, “The entire U.S. women’s [soccer] team could easily run circles around me.”

In any event, Orr told Albuquerque Channel 7 News that New Mexico officials are willing to listen.

For Alex, that’s a positive sign. Unfortunately, legislative change takes time and, when or if the law does in fact change, it might not happen until after Alex is out of high school.  At the very least, a conversation has been started. And by the looks of things, the topic of transgender rights on the playing field (and the topic of transgender rights in general) isn’t going away any time soon.