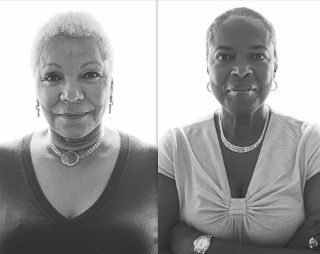 Filmmaker and LGBTQ activist Antony Osso is launching his online film series celebrating LGBTQ love, THE DEVOTION PROJECT, with Russian subtitles today on its YouTube Channel, in a show of solidarity with Russia’s gay community and the gay athletes competing at the XXII Olympic Games in Sochi.
The Devotion Project, a series of six 10-minute documentary portraits of loving, successful LGBTQ couples and families, has been a three-year labor of love for Mr. Osso, and has made an international impact online and at film festivals.
With over 650,000 YouTube views, screenings at over 45 film festivals worldwide, and 12 festival awards, it’s clear the general public is not only ready to see stories of LGBTQ love, but is eager to embrace and celebrate the commitment and resilience exhibited by these exemplary couples. Mr. Osso thought the time was right to subtitle the films in Russian, with the Olympics bringing so much attention to the struggles LGBTQ people are currently facing in Russia. One of the films, "Foremost In My Mind", features an American Olympian, Gail Marquis (Women’s Basketball, Montreal ’76), who has been happily partnered with her wife Audrey Smaltz for 15 years. “I started making these films propelled by a personal desire to see LGBTQ couples who are not struggling but thriving,” Osso said.
“I had no idea at the time that the marriage equality debate would take on such international momentum.” “Going forward, I believe that making our love stories visible will lead to more tolerance and compassion for the LGBTQ community in Russia and worldwide. My films celebrate the love between couples, the bonds of family, and the perseverance and commitment shared by longtime spouses. These qualities transcend sexuality and are not sufficiently represented when the media discusses the LGBTQ community.
I believe everyone, no matter their background or beliefs, can benefit from seeing examples of true love and devotion. It is my sincere hope that Russian-speaking people will be open to seeing love stories that are truly universal.” The funds for the Russian playlist were raised primarily in Philadelphia, at a reception co-hosted by out PA State Rep Brian Sims. Mr. Osso has crowd-funded the entire project, and is committed to keeping the films available online for free, so that everyone can access them.
THE DEVOTION PROJECT’s YouTube channel, which has recently surpassed 250,000 views, features all six pivotal films, along with the new Russian playlist and playlists subtitled in Spanish, Portuguese, and Italian. It also features Mr. Osso’s introductory video, behind the scenes clips, and bonus scenes. Freedom to Marry, the campaign for marriage equality nationwide, commissioned edits of the films, which have yielded more than 400,000 additional views.
Upon completing the series early last year, Mr. Osso spent 2013 subtitling the films, promoting the films online and at festivals, and building the official website, www.thedevotionproject.org. In honor of LGBT History Month in the UK last February, Mr. Osso organized over a dozen screenings across Great Britain and Wales to further educate audiences at universities, private corporations and government organizations about the validity and diversity of LGBTQ love.
This past fall Mr. Osso, along with Gail Marquis and Audrey Smaltz, was selected to be part of OUT Magazine’s OUT100, a list of the year’s most compelling LGBTQ people. Mr. Osso’s ongoing goals for the series include continued outreach to educational organizations and LGBTQ youth groups, further festival screenings, and the potential for broadcast: “Seeing the reactions to the films online and in person has only made me more determined to distribute the films as widely as possible. I read comments and messages every day from young people who are grateful for these role models. Positive representations make a difference.”