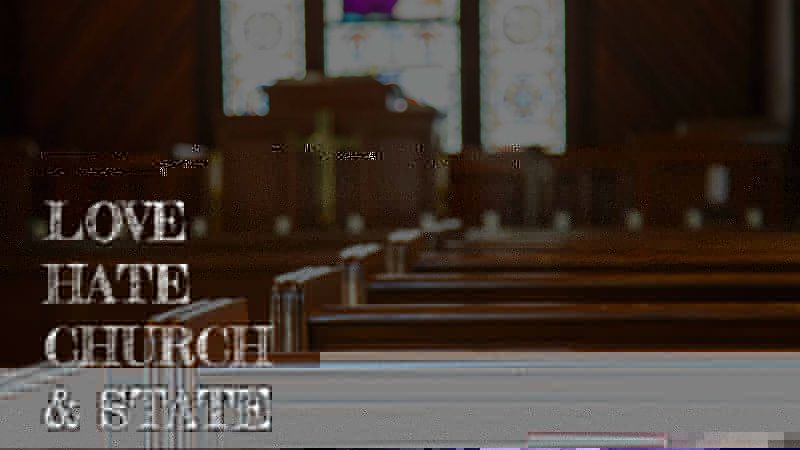 This new documentary asks LGBT & Evangelicals “Can’t we all just get along?”

Nashville-based independent filmmaker Jen Sheridan and her small film company, Do Something Film Group, have launched a crowdfunding campaign for the documentary, Love, Hate, Church & State.

The documentary will bring to light the direct relationship between conservative Christianity and Tennessee state government’s laser focus on the LGBT community this year.

Since the SCOTUS marriage equality decision, a wave of backlash in the name of religious freedom has swept the country. While Georgia and North Carolina took the national media stage, Tennessee lawmakers quietly introduced 13 pieces of potential legislation that could negatively impact the lives of LGBT people living in Tennessee.

This legislation is an attempt to preserve the state’s “conservative values” status quo.

Sheridan says, “When the Supreme Court announced same-sex couples had the constitutional right to marry, I was over the moon. And then I realized something that made me stop in my tracks. Evangelicals. They weren’t going to like this at all.”

By examining Tennessee politics and its entanglements with religion, Sheridan hopes to ignite a transformative conversation.

“As cool as Nashville is and is perceived to be, Tennessee has been flying under the radar in regards to anti-LGBT sentiment for a long, long time. A public conversation is absolutely vital to creating change, and our film takes a well-aimed shot at that.”

Sheridan highlights how Tennessee isn’t heard about much in the media and says this is because of “some skillful maneuvering behind that, a strategic genius on the part of local church-fueled lobbying groups.”

The film will highlight how what’s being said in church on Sunday directly correlates “to restrictions on—and basic rights denied to—lesbian, gay, bisexual, and transgender people in Tennessee.”

Sheridan says that “Politics are ‘preached from the pulpit’” producing a “very politically-engaged congregation.”

Love, Hate, Church & State will also display a “small cross section of different kinds of churches with different beliefs and how those beliefs are—or are not—changing, and what that might mean for LGBT here in the future.”

Due to the complex nature of the political and religious landscape, Sheridan does not want to portray anyone as simply a caricature. “We’ll show there are good people across the state. Evangelicals, straight allies, politicians, advocates, preachers, LGBT and their families. Not everybody is going to be in agreement with everything, but there will be common ground.”

Sheridan says she plans to ask the people she meets “Can’t we all just get along?”

Sheridan’s 30-day campaign is working to raise a minimum of $10,000 in initial funding by June 5th. The films must also obtain 500 followers by the deadline in order to move on to the finals of the judged competition.

Watch the teaser trailer below: