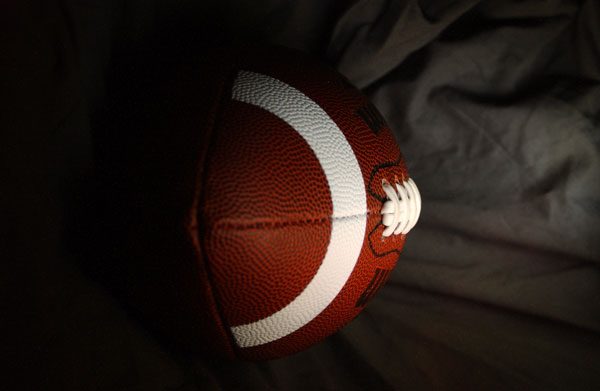 I used to go to Buffalo Bills home games with my father when I was younger. I remember when he asked me if I wanted to go to the AFC Championship game in 1993.

There was one small stipulation, however. I wasn’t allowed to wear any Kansas City Chiefs clothing.

My Kansas City Chiefs Starter jacket was probably my favorite item of clothing at the time. I saved up all of my paper route money to buy the silly thing, and even wore it during class at school because I was so proud of it (and wanted to look tough).

It didn’t make any sense to me when my father told me that I couldn’t wear it to the one place that was appropriate—a football stadium. Apparently, he was afraid that some drunken Bills fans would razz me (or perhaps worse) at the game.

Back then I didn’t pay any attention to what was going on around me because I was too enamored with being at a live football game. So, I didn’t understand his concern. But I get it now.

I’ve been to enough professional football games as an adult to know why my father did what he did. Testosterone, alcohol and football do not mix well together.

The result is a bunch of crazy, drunken dudes who act completely ridiculous. For some reason, guys like to puff up their chests and throw their weight around at football games.

They cuss and drink, drink and cuss, make crude comments about the cheerleaders or other women in the stands, and high-five each other for good measure. I’ll never understand the point of going to a live sporting event if all you’re going to do is get so wasted that you can hardly stand up.

To be fair, not all guys are like this. But I’ve seen enough dudes act like a bunch of buffoons at football games to remind me again why I’m a lesbian.

Now that I’m older, I prefer to watch football games from the comfort of my own home. I can spread out on the couch, turn on the HD channel, use the bathroom without waiting in line or stepping in a shallow puddle of God-knows-what, eat plenty of yummy snacks without having to pay an obscene amount of money and run to the fridge for a cold beer without waiting until halftime.

Oh, and there’s also the added bonus of enjoying the game without being surrounded by a bunch of random drunken dudes acting all crazy-like. And if I want to wear a Kansas City Chiefs shirt or hat, I can do so without any fear of repercussions.

I only wish I still had my Starter jacket.