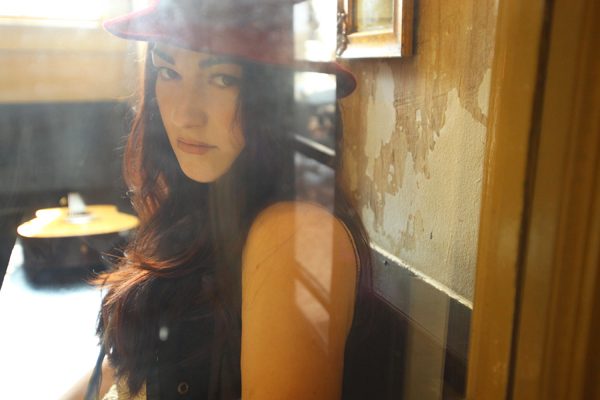 The out lesbian Christian music singer talks about coming out, religion and her new album.

It takes a lot to raise eyebrows these days, even with regard to celebrities coming out. Even so, some musical genres lend themselves to the process more easily than others, and the Christian music scene is still less than lesbian-friendly. Which is why Jennifer Knapp’s recent decision to come out was so brave.

Knapp released three popular albums beginning with Kansas, named for her home state, in 1998. A year later, she won a Dove Award for best new artist, scored a devoted fan base and even earned a pair of Grammy nods. Then in 2003, at the height of her career, she disappeared—until now. Knapp returned in May of 2010 with her long-awaited fourth album, the rock-oriented Letting Go—and the announcement that she is gay. I recently caught up with the singer and discussed her past and present.

This is your first album after a seven-year hiatus. Tell me a little about the seven years off—what you did and perhaps didn’t do during that time.

I did a lot of traveling, mostly throughout Europe and Australia. I didn’t travel with my guitar and I barely wrote, so I wasn’t doing too much creatively. But I found other outlets like photographing my journeys.

You were essentially “away” between 2002 and 2009. From what I’ve read, 2002 was also the year that you entered a long-term, same-sex relationship. Was this a coincidence or did that factor into your desire to leave music for awhile?

More of a coincedence really, as I had decided to exit the public scene a year earlier in 2001. It took me a year to clear my calendar before I could take my leave, so my attention at that time was the focus on finishing my commitments. It wasn’t until things started to lighten up a bit that I even had time to start thinking about the future of my private life.

Musicians “coming out” has become a little more common but it’s still not an everyday thing, especially among those who made their mark in the Christian genre. Have you worried about how your fan base would respond to your coming out? Have these worries been justified so far?

I more than worried. I agonized and avoided my art altogether. That’s one of the reasons it took me so long to get back to music. I just couldn’t see myself surviving the public rejection of my entire creative work because of my sexual orientation. It was bad enough seeing the responses to rumors, let alone imagining what it would be like when the truth was revealed.

I approached my return with no expectations that I deserved to be heard. Really, I’m like a new artist trying to make a go of it. I’ve been overwhelmingly surprised at the loyalty of many listeners who keep showing up after all these years. But [at the same time], we realize that we have many friends that are missing from the conversation.

Who are some of the women that have been big influences in your life?

It’s the songwriters that really get me inspired. They’re poets really…Joni Mitchell, Tracy Chapman, Patty Griffin, Jonatha Brooke, Emily Saliers, Amy Ray, and Natalie Merchant. They write in a manner that both humbles me and makes me feel small and insignificant, yet empowered enough to have the courage to take on the world!

The song “Inside” on your new album begins with the line “I know they’ll bury me before they hear the whole story.” Tell me about the inspiration for that song.

I had started writing again and was starting to think upon the possibility of recording a [new album]. With every step closer, I was getting more and more fearful of the ‘elephant in the closet’—so much so that it was leaking into my writing, thwarting me…It was like a thousand angry little voices in my head that said I didn’t deserve to write and play. With every new song I was writing, they were there, telling me that I couldn’t do it. I was sick of the phantoms lurking behind me, so I called them out. Instead of working my way around them, I decided to sing right at them—real or imagined.

What would you like to share with other women who are Christians and who may be struggling to resolve their religious beliefs with their homosexuality?

You are not alone! Recognition of our sexuality didn’t automatically end the pursuit of our spiritual nature. There are communities of Christians out there that are more than merely tolerant of LGBT people, they are loving and purposed to encourage your spiritual journey as a whole, aware human being: gaychristian.net and soulforce.org are excellent examples of resources of those on the same journey.

Shortly after Knapp came out she appeared on the Larry King Live show to discuss why she came out and defend her religious beliefs. The well-spoken and thoughtful (and very even-tempered) Knapp made for fascinating viewing as she stood her ground against anti-gay Pastor Bob Botsford.