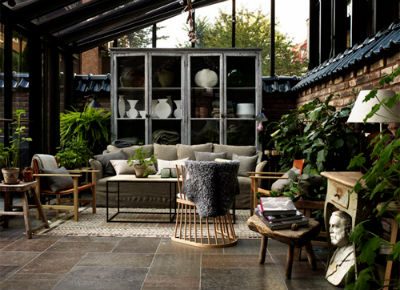 Midsummer is turning out to be an ideal time to travel to Stockholm for that creative continental break.

EuroGames Stockholm is pleased to announce that it will host the 2015 International Gay & Lesbian Aquatics (IGLA) World Championships in conjunction with its cultural, sport and political program. The aquatics championships held from the 5th to the 9th of August will include swimming, diving, water polo and synchronized swimming and will be the world’s largest pro LGBTQ aquatics event of 2015.

“Our organization hopes that this collaboration will lead to a long-lasting relationship to further our mission of promoting aquatic sports, friendly competition of the highest standards and stronger ties within the international LGBTQ sporting community,” says Scott Kohanowski, IGLA Co-President.

EuroGames is among the world’s largest LGBTQ-events, founded by the European Gay and Lesbian Sport Federation (EGLSF) in 1992 to combat discrimination, encourage integration, and promote the right to engage in sport, politics and culture – regardless of sexual orientation, gender, religion, age, ethnic origin, political beliefs, or athletic or artistic ability.

“We are happy to make EuroGames Stockholm an even greater international event as well as receive the recognition of IGLA, which has ensured high-quality aquatics competitions and defended human rights since 1987,” says Jakob Jansson, EuroGames Stockholm President.

IGLA is the world’s foremost international organization solely devoted to developing and promoting LGBTQ swimming, water polo, diving, and synchronized swimming. The annual IGLA Championships are the world’s largest LGBTQ-aquatics event and attract hundreds of participants from around the globe each year. The IGLA Championships were first held in San Diego in 1987 and most recently in Copenhagen, Honolulu, Reykjavik, and Seattle.

Stockholm, the capital of Scandinavia, is one of those places in Europe that might not necessarily be on the top of your list of places to see if you haven’t seen Western Europe before. But known for its musicians, movie stars, museums, LGBT tolerance and very tall and attractive civilians, Stockholm plays host to a wide variety of interesting offerings to the thirsty traveler.

Here are a few tips for seeking your best Stockholm sojourn:

GRETA GARBO AND THE WOODLAND CEMETERY –

The late legendary Hollywood movie star Greta Garbo is buried here, after her niece spent several years searching for the proper burial place for her famously reclusive aunt. She found it at the Woodland Cemetery (Skogskyrkogården) in Stockholm. If you are a true Greta Garbo fan, make sure you take this tour, and follow in the “footsteps of Garbo.”
The Woodland Cemetery is place of sublime beauty and poetry. Created over a period of a quarter century (1915-1940) on about 250 acres of pine-covered boulder ridge under the direction of the famous modernist architects Gunnar Asplund and Sigurd Lewerentz.
Considered one of the most important works of the modernists, it evokes a Nordic philosophy on nature, life, and death. There are also a number of beautiful chapels and a visitors’ center. The Woodland Cemetery is a UNESCO World Heritage site since 1994.

Did you know it has been 40 camp years since ABBA won the Eurovision Song Contest with “Waterloo?”
The winner takes it all, so why not try a scenic boat tour from central Stockholm around beautiful Djurgården Island and listen to the story about the Swedish pop sensation ABBA.
The guiding onboard is in the same spirit and storytelling as at ABBA The Museum but in a sightseeing format.
Combine the tour with a visit to ABBA The Museum and you’ll have the ultimate ABBA experience in Stockholm!

Simplicity and style may be the stereotypical hallmarks of Swedish fashion, but there is more to this fashion revolution than H&M. Around the turn of the millennium, the Swedish fashion scene seemed to explode. The exhibition Swedish Fashion: 2000–2015 at Sven-Harry’s Art Museum in Stockholm explores the rapid aesthetic and conceptual transformation that took place during this eventful period. The exhibition fills the entire exhibition space and visitors can enjoy a large number of unique key garments, sketches, photos and films by and with the fashion designers who changed the scene: Acne Studios, Cheap Monday, Ann-Sofie Back, Lovisa Burfitt, Rodebjer, Whyred, Carin Wester, Sandra Backlund, Helena Hörstedt, Patrik Söderstam, Martin Bergström, Bea Szenfeld, Ida Sjöstedt, Tiger of Sweden, V Ave Shoe Repair, Nakkna, Dagmar, AltewaiSaome and Ida Klamborn—these are just a few of the labels represented in the exhibition. Swedish Fashion: 2000-2015 charts the triumphs, the phenomena and the tendencies that shaped the image of Swedish fashion in the first 15 years of the new millennium.

The ultimate re-imagination of Swedish history is a beautiful private house and garden in the center of Stockholm that has been created for people looking for something more personal than the luxury hotel.
With twelve rooms, Ett Hem offers discerning guests comfortable interiors and bedrooms full of summery whiteness of light. Outdoors, the courtyard garden is a room as important as those inside. It’s a secret city wilderness that is the perfect place for summer breakfasts or winding down over a chilled bottle of wine. Staying at Ett Hem is like being a house guest in somebody’s private home. Guests are welcome to do as they please but will be taken care of down to every last detail.