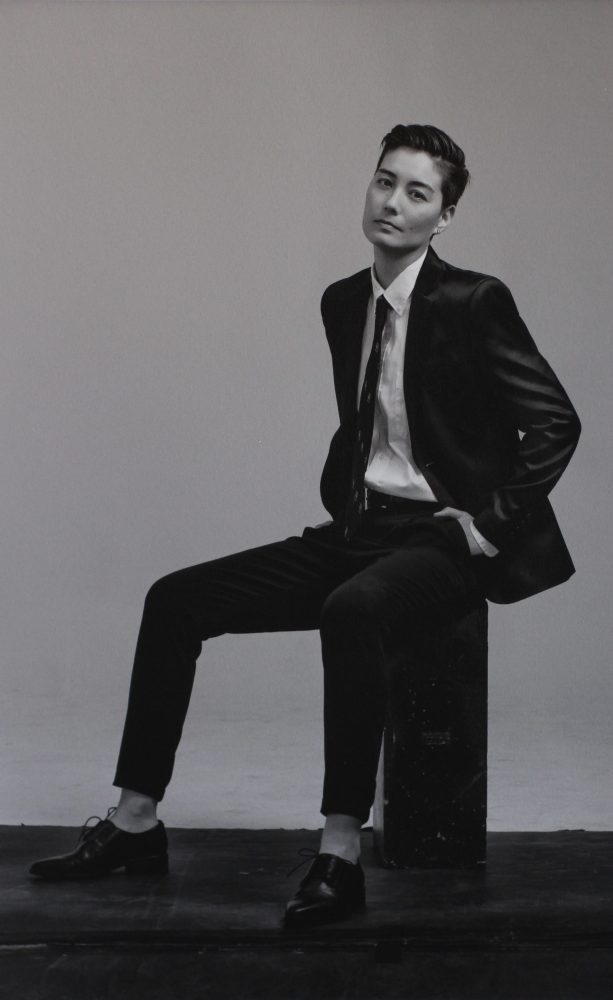 Lesbian/genderqueer Japanese-Swiss cinematographer/director Caroline Mariko Stucky has two recent queer short films available on the internet for free, with the newest one, Velour, premiering June 28, closing the Brooklyn College Film Festival, which is streaming online this year at 6PM.

Stucky is a rare female cinematographer and director, in an overwhelmingly male-dominated field, who seeks out subtle stories and thoughtful collaborations in a movement to bring film into a more progressive 21st century zeitgeist.

My experience for the first 27 years of my life was mostly “otherness.” I’m not considered Japanese in Japan, certainly not considered Swiss in Switzerland, gay and genderqueer in two less-than-accepting cultures.

I feel basic always leading with “otherness,” but it is constantly on my mind and it is a big driving force behind everything I do in film; I have an explicitly progressive agenda in my writing, directing, and in arguably the most subtle and influential way, cinematography. Ironically, because of my multitude of “ANDs” I often know what will feel universal—common narratives essential to one set of my experiences and to another set.

I feel like my strength is guiding people to feel the common ground they have with a story without getting caught up on how different it is from theirs. That is what my film US is about.

We all grew up watching and loving films where the directors, writers, and cinematographers were all accomplished older men; even today, only 2% of cinematographers of top 100 grossing films of 2019 were female. It is so exciting to be able to guide the eye and the understanding through the very different way I see the world. People talk about gaze; I love that some of it is totally unconscious—just by virtue of showing up, I naturally focus on different things, paint the picture in different ways. But my agenda is about constantly striving to make conscious choices that change the shape of the stories.”

Velour (Directed by Miranda Manziano, Director of Photography Caroline Mariko Stucky) will be streaming online, closing the Brooklyn College Film Festival on June 28th, in a screening that starts at 6PM, just before the awards ceremony at 9:30PM.

It is nominated for four awards: https://bc-film-festival.com

Us is a short film about identity, vulnerability, and paralysis of self expression. Jo (Melody Cheng, Doomsday) is an outgoing, liberated second generation Chinese-American girl who begins a passionate romance with Helen (Alice Kremelberg, Orange is the New Black) at the opening of the film.

Since long before dating Helen, Jo has been extravagantly out and on the scene as a lesbian, but crisis unfolds when it is revealed she never actually came out in her workplace to her boss or coworkers, and has been uncomfortably adrift in a no-man’s land of covering and passing for a few years. Jo blames her reluctance on her relationship with her disapproving Chinese parents, but Helen can’t swallow an excuse that sounds so thin, suddenly mistrusting Jo’s intentions and fidelity.

What is it to be claimed by more than one culture, whether you like it or not? When are fear and vulnerability more powerful than desire to love and be loved? In a world of emancipated sexual expression, when do we still hide? From a single, “fly-on-the-wall” shot, the drama will move in and out of the field of vision, painting an intimate, voyeur-less picture of the lovers negotiating life together. In Us, filmmaker Caroline Mariko Stucky addresses in fiction a complicated net of topics that are deeply personal, but that hit a universal nerve. US (written, directed, and shot by Caroline Mariko Stucky),

Us (short film) from Caroline Mariko Films on Vimeo.