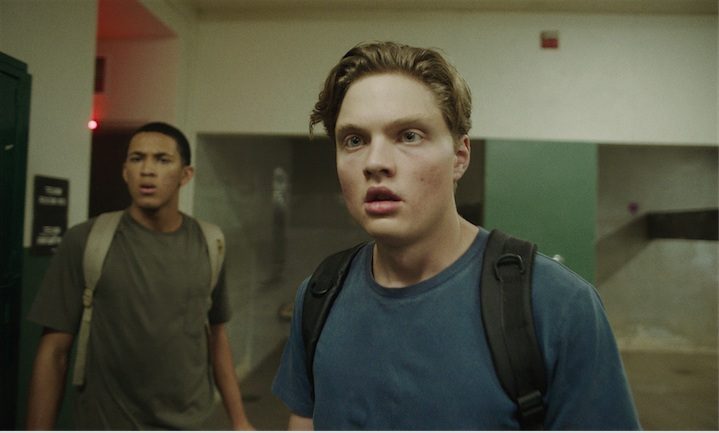 Farbod Khoshtinat’s Two Little Boys’ focuses on a closeted bully who refuses to come out when he is challenged by his victim’s confession of love towards him, leading to unexpected and shocking consequences.

A boy’s love for his closeted bully drives him into an unconventional road to confession and its consequences.

Director Farbod Khoshtinat is an LA based Iranian Director. Farbod has worked on variety of short films such A Persian Affair, Love, Fear and feature films that have screened at Sundance Film Festival and Cannes Film Festival.

His award-winning short film about democracy in Iran has screened in venues such as United Nations, Director’s Guild of America and MPAA and was personally awarded by US Secretary of State, Hillary Clinton.

Producer Sepehr Mikailian has been active in various aspects of production in Iranian cinema. His production experience exceeds 20 feature films including assistant to Bahman Ghobadi in No One Knows About Persian Cats, Rhino Season and production coordinator for over 15 documentaries for Iranian and international venues such as Aljazeerah English, ARTE and Canal Plus.

Cinematographer Samudranil Chatterjee’s narrative work has played at various high profile film festivals such as SXSW, Clermont Ferrand, Outfest, Toronto International Film Festival amongst others, as well as premiering on Vimeo Staff Picks, Short of the Week and Omeleto. His work has also won him prestigious awards from the Australian Cinematographer’s Society (ACS). Sam has photographed over two dozen narratives including short films and feature length series.