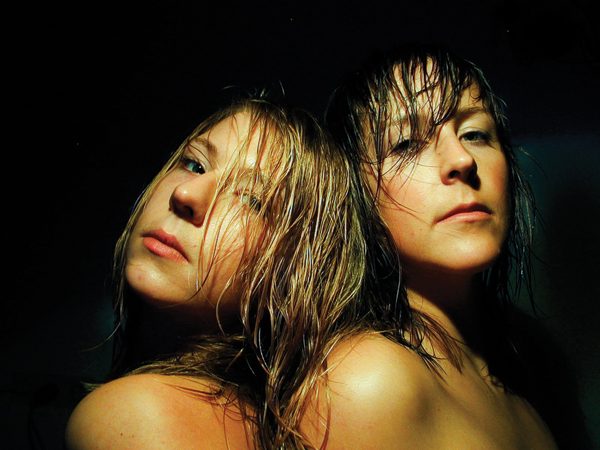 Is loss of identity taking its toll on your relationship?

What do lesbians bring on a second date? We’ve all heard the joke, and we all know the punch line. It’s the classic U-Haul cliché, and most lesbians seem to have experienced it at one point or another in their lives or at least know someone else who has.

But why is there this tendency to meet, fall in love, and rush into a blissful and cohabitating union? Is it healthy? Should we be resisting the lesbian urge to merge?

The intense intimacy that lesbians experience in their relationships is definitely not a bad thing, and it’s precisely what all women want regardless of their sexual orientation, says licensed clinical social worker Claudia Bepko, co-author of the paper “The Problem of Fusion in the Lesbian Relationship.”

“For lesbians, the capacity for closeness, intimacy and intensity is a strength because it reflects our socialization as women, and it’s what everybody is looking for,” says Bepko.

Sounds wonderful, right? Not quite. When the intense closeness leads to what mental health professionals call a “loss of identity” for one or both partners, the relationship could be on a one-way ticket to disaster.

Loss of identity occurs when each partner becomes so emotionally merged with the other that they fear differences between them and often deny that those differences even exist, says Julie Mencher, master of social work, psychotherapist and consultant in Northampton, Mass. who specializes in working with LGBT clients.

Individuals in a couple where there is some loss of identity for one or both partners develop an acute sensitivity to one another’s needs and feelings sometimes at the expense of their own, says Mencher.

Consider Donna and Joan—two fictional lesbians who have been coupled together for nearly 10 years. The two women spend all of their time together with the exception of their working hours.

They feel very content with one another’s company and don’t seek socialization outside the confines of their relationship. Although Donna wants to join a softball league that practices three times a week, she hesitates because she knows Joan doesn’t like the sport.

Donna fears being away from Joan on those three nights of the week. She wants to avoid conflict with her, so she decides not to join the team.

But wait a minute. What about the heart-pounding, electrical currents we all feel during the honeymoon stage of a relationship? You know what I’m talking about—those butterflies that seem to flutter around in our stomach whenever we see our new crush? Aren’t these feelings normal, and shouldn’t we welcome them?

Yes, experts say…but only to a point.

Why Women Are so Close

Part of the reason why women, in particular, can become so close is because of gender socialization—not necessarily sexual orientation, says Bepko. “Women are taught to be more focused on relationships—to be helpers, to be overly engaged in their relationships, to be over-focused on the other person rather than themselves,” she says.

And we can’t forget that in some way—regardless of our gender—our past affects our present, says Barb Elgin. Elgin is a licensed psychotherapist and certified singles coach who specializes in the dating and relationship concerns of lesbian women.

“We all have a history that we bring forward. The type of parenting you had is critical to the formation of your romantic relationships and how confident you are in a relationship,” she adds.

The good news is that experts say loss of identity in lesbian relationships is becoming far less frequent. They attribute this to a more open and accepting society in which coupled lesbians don’t need to think of themselves as “us against the world.”

However, for some couples, it continues to play a role.

When Close is Too Close

When the words: “Give me my space!” start to creep up in everyday conversation, that might be an indication that one or both partners feels a loss of individuality and is desperately trying to regain it, says Elgin.

There are also other clues that a loss of identity might be occurring in a relationship. “If fusion is an issue, you will constantly put yourself on the back burner and constantly defer to the other person. You won’t risk conflict, and you will tell yourself that it’s more important to take care of her needs than it is to take care of your own,” says Bepko.

Sometimes a loss of identity may be disguised as something else, says Mencher, adding that many couples may present with the complaint that they never have sex or that they fight all the time. Worst-case scenario is that one partner has shut down emotionally or even cheated on her partner in an attempt to subconsciously reassert her identity, she adds.

How to Make it Work

Just because a couple may be merged doesn’t mean the relationship is doomed or that they should call it quits, experts say. Establishing a framework to ensure that each individual doesn’t lose sight of her own goals, interests and desires is an important first step toward sustaining any relationship, says Mencher.

Erica Friedman, 45, and her partner Pattie, 47—who recently celebrated their 28-year anniversary—says it is their differences that have ironically brought them closer together. Although they share similar interests, they each also maintain separate hobbies and friends, says Friedman.

Experts say it is this individuality—as well as flexibility—that makes relationships survive and thrive in the long run. Relationships change over time. New situations arise. If the relationship can’t be flexible enough and the boundaries around the couple can’t be permeable enough to allow change to happen, then it’s a problem,” says Mencher.

Mencher says the aging process can be difficult for couples who are intensely merged because aging often brings with it illness, loss and separation due to alternative living situations.

Having children is another life change that can be difficult for merged couples because it means that the couple must learn to flex its boundaries, cope with separation and allow other people into their lives, she adds.

Tips to Revive Your Merged Relationship

Consider these other helpful tips that experts say can help re-establish individuality in a relationship:

Step one: Remember that Rome wasn’t built in a day. Don’t go on a crash course of “fusion busting,” Mencher says. Couples need to gradually introduce separate activities in nonthreatening ways, she adds.

For example, one exercise that works well is to go on a double date with another couple. Each partner in the couple sees a different movie with a member of the opposite couple.

When each movie has ended, the four reconvene to discuss the movies over coffee. This type of time-limited activity doesn’t arouse anxiety in the couple, and it also helps the couple realize that being apart might not be so bad after all, says Mencher.

Step two: Connect with other couples. For example, Elgin offers a couples circle in which couples nationwide can engage to hear others’ stories about what strategies have worked for them.

Step three: Don’t be afraid to seek professional help, when necessary. Visit the American Psychological Association’s Web site (apa.org) or the National Association for Social Workers (socialworkers.org) to locate someone in your area. Look for a therapist who specializes in lesbian issues, says Mencher. Sometimes a simple Google search for “lesbian therapist” in your area will do the trick.

Step four: Recognize the ways in which individuality has contributed to zest or vitality in the relationship in the past. This makes the idea of untangling some of that fusion a little less threatening, says Mencher.

Feel Invisible in a Couple?

Ask these questions to determine whether loss of identity is occurring in your relationship:

Am I happy in the relationship?

Do I feel as though I have a voice in the relationship?

Do I feel safe telling my partner what I want and don’t want?

If my partner doesn’t agree with me, do I feel safe asserting my opinion?

Do I feel distant from my partner?

Does my relationship foster my ability to be myself?

Does my relationship help me grow as a person?

Can I talk to my partner about my wishes and dreams even if they’re not hers?

If the answer to the majority of these questions is “no,” this might be a sign that there is an unhealthy dynamic taking place in the relationship, causing one or both partners to feel a loss of identity.