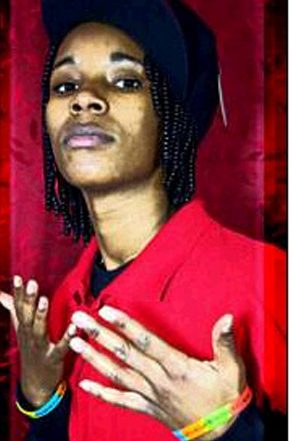 A day in the life of a touch-me-not lesbian.

On more than one occasion lesbians have told me that they are only intimate with other women because either they had bad relationships with men or were abused during their childhood. Although this statement may hold true for some, it is not the reason for all. One of the first thoughts some have when their partner chooses to not be touched is that she, at some point in her life, has been victimized. When one’s partner is masculine some may also wonder if the reason she chooses not to be touched is because she is dominant.

SeMarice is a dominate female who answered my call asking why some masculine lesbians choose not to be touched during sex.

Some believe that we are all women and should give and receive equally during sex while others disagree. I have heard different reasons why women feel this happens. But I would like to know the reasons straight from the source.

Honestly, for me, it has to do with the connection I have with the woman. I love to do it but I don’t like it to be done often. It makes me feel like I’ve lost control at the climax. I’ll only let her go so far when I do receive. There has to be a very deep connection. The kind where I don’t even have to think about her doing it to me.

How do you feel when you allow a woman to get that intimately close to you? Do you regret it?

No, I have never been in a situation where I regretted it. I have climaxed from it, but it makes me feel like I have been sucked in. I feel exposed.

“When we connect, I feel as if her being has invaded my space. I find deliverance in her lips. But I am quickly brought to reality when I forget her limitations and venture where she won’t allow anyone to enter.”

Is this something you discuss at the beginning of the relationship?

I try to depending on what type of person I’m with. I just try to be honest and pray for a good response. I tend to hide it for a little while but I try to talk about it before I get too far into the relationship.

Has this ever been a problem?

Yes it has been a problem before because it leaves me feeling so vulnerable.

Explain the emotional aspect of this for me.

Well when I was a kid I was molested, so being touched really is still a little taboo for me. I have to really trust her to let her go there, and I still tend to feel that edginess when I let my guard down and let her just take control of me.

What if she eased you into it, talked to you, and allowed you to show her how and when? Would you still feel like you didn’t have control?

Now if she talked to me in a gentle way and if I feel a deep connection, then she may be lucky to have that honor.

Do you feel that being intimate in this way takes away from your dominance?

Honestly, yes! I also believe that it also has to do with the fact that I like to please. I love it even.

How long would it take you to get to that point of ultimate trust?

I’m still learning to trust so I’m gonna have to put a question mark on that.

Does your current girlfriend make you feel safe?

She is always there for me. When I need to talk, she allows me to. When it feels like it is me against the world she is my rock. When I feel like I have nothing she has my back.

After my talk with SeMarice I asked my friends if they thought that having their partner touch them in a sensuous way took away from their masculinity. Many agreed that it was possible for them to allow their partner to take them to this place. However it would have to be a special woman. It was also said that some masculine women feel “less than” if they allowed this type of intimacy. There is also the fear of it being made known that they allowed a woman to take them there.

There are many reasons a masculine woman chooses to not be touched in the same areas she explores on her partner with ease. Trust issues, fear of losing control, negative past experiences, or a laundry list of other reasons could be the cause. The best advice that I can offer to a couple who finds this an issue in their relationship is to communicate. Take the time to intimately know your partner verbally. Although sex can be a positive aspect in the relationship, without communication it can cause irrevocable harm. Ask those questions that you second-guess asking. If you notice that she pulls away when you do or say a certain thing, ask why. Don’t just listen; take the time to really hear what she is saying to you. Do not simply write-off someone who suffers from this issue. You may find she is worth keeping and your relationship has only just begun to reach its full potential.