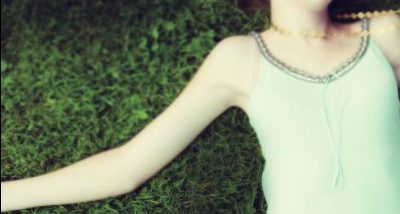 Check out the debut novel of Australian author Emily O’Beirne. She takes us back to when we are nineteen going on twenty, emotions feel bigger than life, and you experience you first love.

One of the two main characters of this charming young adult novel is Claire. At the beginning of the novel, Claire is nineteen and doing everything her parents don’t want her to do, rather than doing the things she wants to do. She is in college studying French, with no plans to use the degree, and she works part-time in a bar. Not long ago, Claire has broken up with her boyfriend from high school and recognizes she and her old friends from school have nothing left in common.

One night while working in the bar, she meets Mia and Robin. Robin is gay and a wonderful photographer; Mia is his best friend and studying bio-medicine. Meeting these two people, so different from herself, becomes a turning point for Claire. Her life,which seemed stuck, begins to move forward again. In addition to Mia and Robin, she makes new friends she can truly count on.

Claire and Mia startout as strangers, but quickly grow closer and become important to one another.While Claire’s brother is in hospital after a bad accident, Mia is a solid rock for Claire. There are still just friends at this point, but I could read between the lines and realized that at least one of them would soon want more. Until that turning point, the pace of the book was a little too slow for me; it took a long time for the two girls to share their first innocent kiss.

From that point on, the pace of the novel picks up considerately.This first kiss is the point of no return, reminding me of the first time I fell in love. This first love was magical and unexpected—and so is the development of Claire and Mia’s love. It was really charming to see the contrast between the two of them. Claire is unsure of everything but her feelings for Mia, while Mia is absolutely clear about her career path and very insecure about her feelings. There were times when I wanted to hit Mia over the head when everything should have been so clear and easy but remained frustrating.

A Story of Now is a really cute story, which also remains realistic at every turn. There are not so many novels for young lesbians, and I recommend this book to every girl who finds herself falling in love with another girl. I think it is important to bridge the gap between young adult fiction, which features main characters between fourteen and eighteen years of age, and fiction for adults.A Story of Now does just that. It is one of the books in the increasingly popular new adult fiction genre, which focuses on college-aged main characters. As such, it gives us a chance to see what can develop when you give love a chance to grow, independent of age.

Claire and Mia’s story does not end with this book;it has a bit of an open ending. I really look forward to December 2015, when The Sum of These Things (A Story of Now – Book 2) is scheduled to be published. In book 2 of the series, I hope to find out what the future holds for the two girls in love. I can’t wait for the sequel!