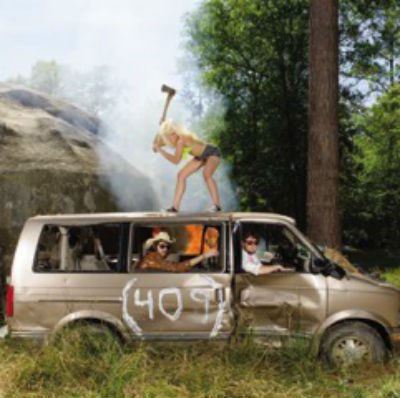 Purple Gets Lucky With “Thirteen”

This Austin based three-piece punk band packs a punch.  Fronted by feisty lead singer Hanna Brewer they have released the tight track “Thirteen” off the up coming January album release 409.

Brewer is one of those rare breeds of musician, she’s a singing drummer – two greats that come to mind are Phil Collins and Karen Carpenter.

It’s a rare talent and one Brewer is proud of.  Noted in interviews for stating her energy is derived from her anger that she faced from living in a close-minded small town, it’s further fuelled when she hears sexist comments about her drumming. What we get to hear as a result of this is a raw and visceral sound from the group that rocks, and it rocks hard!

The video for “Thirteen” is simple enough, three band members rocking out on their respective instruments – what it does though is overloud the senses with the psychedelic backing scenes and Brewer’s grunge vocals hurtling you through.

The boys aren’t too bad either, with very tight guitar work.  If you’re a fan of The Vines or The Strokes and prefer your punk on the heavier side then you will love Purple.