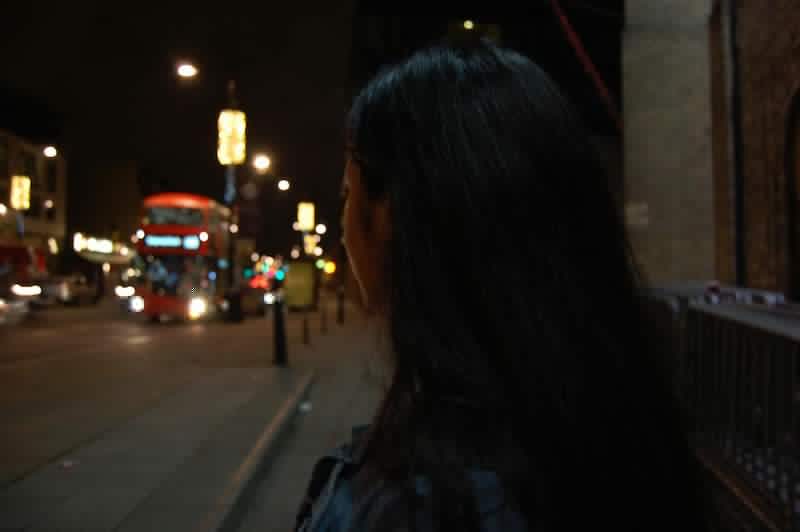 We speak to Maryam, a genderfluid Londoner, about being queer and Muslim.

Maryam, a young genderfluid Londoner, splits her time between studying, hanging out with her girlfriend and volunteering at her local mosque. On the side, she also does some online sex work. Being queer and Muslim, her identity is regularly interrogated as people struggle with the nuances of how her race, faith and queerness intersect.

We know that white heteronormative society is excellent at pushing anyone that doesn’t fit its narrow mould into small boxes. So what happens when you don’t fit snuggly into only the queer or Muslim category? Maryam speaks to me frankly and candidly, as we record our conversations over a year for the podcast documentary, Queer Muslim Sex Worker.

Growing up in a Muslim household, Maryam has always been deeply involved in life at her local mosque, attending community events and often helping to translate sermons at prayer times. From a young age she bottled up feelings for girls, and people of other genders, sensing that it wasn’t ‘normal’ among her friends and peers. It wasn’t until later on that something “jolted” her awake.

“I’ve always been drawn to women and femininity, but when I was in high school I completely repressed it,” she explains. “When I got to college I realised people of other genders and sexualities did exist. It made it more normal for me and I felt less alone. “It made me realise, shit, I’ve been lying to myself. I started questioning what a ‘woman’ really was.”

These days, Maryam has a girlfriend and expresses her gender “ridiculously fluidly”. Increasingly, she has felt the desire to express her masculinity – some days switching the niqab or hijab for a turban, and wearing a binder. “There’s times I can be dressed as a man, there’s times I can be androgynous, and right now I’m just sloppy,” she laughs.

But expressing her queerness in all spheres of her life can be challenging, especially as she feels frustrated by her “heavily segregated” mosque. Maryam describes juggling the expectations that root from being Muslim and also queer as a “need to be a chameleon”. It can be draining trying to navigate a world that claims she can’t exist, she explains.

“It’s really difficult, no matter how good I am at it I will think sometimes this is fucking insane. I do sometimes just wish that I could give up and stop fighting, because I do think I’m fighting,” she says.

At home, her relationship with her mum is often centred around expectations that Maryam is struggling to fulfil. She hasn’t yet had a conversation with her mum about being queer or identifying as genderfluid. In fact, her family are hoping to find her a suitable Muslim husband.

“I stumbled upon a form which is basically a profile to organise an arranged marriage,” she recalls. “I was reading it and it just said my name, age, my brothers’ occupations, my parents’ occupations, and my academic status.

“In my head, I was like ‘that’s so funny’ because if somebody asked me who I was, ‘student’ would not be the first thing that came to mind. But that was all they could write about me.”

This pressure has led her to considering using Grindr to find a beard, someone in a similar position who on paper she’d be married to, but in reality she would lead a separate life from. Right now she doesn’t feel her queerness is completely understood by her Muslim community, but has the queer community welcomed her with open arms?

As an LGBTQ community, we often talk about the need for safe spaces. The right to feel free, be among people who understand us, and to not have our identity questioned. It’s a challenge we all face but these spaces are most accessible to cisgender, white, gay men.

As a queer Muslim woman of colour, Maryam has not experienced this accessibility. Often, she tells me, white LGBTQ+ people will question the validity of her queerness as a Muslim Pakistani. A typical encounter in so-called ‘safe spaces’ will leave her feeling anxious as her agency is constantly undermined and her identity interrogated.

“I’ve had white gay people ask me how I sleep at night because I’m ‘sinning’,” she tells me. “I’ve actually had people bluntly say to me ‘I have never heard of a gay Indian’. I’m not Indian, I’m Pakistani, first of all. Outside of the intersectional community it’s really ignorant.”

If she does answer persistent questions, she’s often challenged with disbelief, like “what do you mean you can’t come out?” Unhelpfully, she’ll often be confronted with anecdotes like “but my mum was just a bit upset when I came out to her and then I brought my boyfriend round for roast dinner”.

Maryam explains: “They just don’t seem to get differences in ideologies. And if they do ‘get it’, then it’s often fuelled by a sort of subtle racism – like ‘of course we understand that it’s difficult for you to come out because honour killings are on the rise’.”

As a result, navigating queer spaces becomes understandably frustrating and exhausting. It means she doesn’t feel as at ease as she does when she’s surrounded by other queer or liberal Muslims.

“For me, it’s easier to be queer in the Muslim community than it is to be Muslim in the queer community,” she says. It’s clear the white queer community needs to work so much harder at ensuring those few spaces we have are safe for all of us.

Queer Muslim Sex Worker, the podcast documentary, is available with RSS so subscribe now wherever you listen to podcasts, including iTunes and is hosted on audioBoom. Follow @queerpodcasts on Twitter for updates.