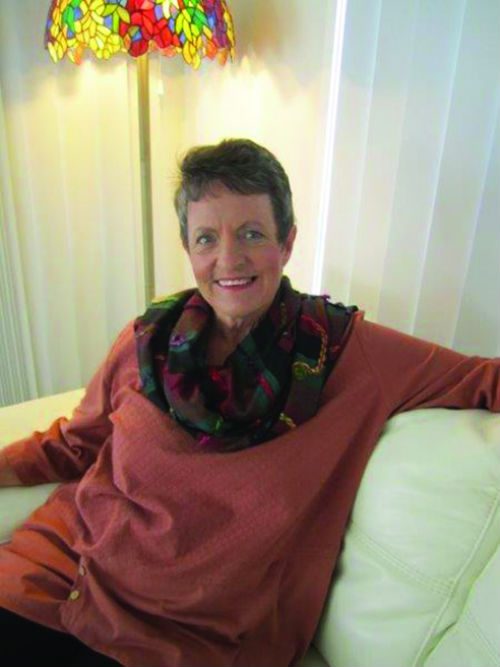 Cost of Truth describes Donna Gordon’s exploration of the Catholic religion and her sexuality.

Exactly how many times can one person start over? 65-year-old Queenslander Donna Gordon would answer that question with a question: Are you or are you not living your truth? Gordon has bruised herself in the most coruscating and disarming way as she has coursed through her many incarnations. After 3 years as a novice nun in Brisbane, she met Michael who was studying to be a priest and then married him in 1973, never to return to her calling. She traded it in for aged-care nursing and 13 years and 5 children later, she came out and left her family home. At 49 she met her grand love, Di. Then 2 years ago she was diagnosed with bone cancer. Her friend Julie K. Parrott – no stranger to leaving a husband for a woman – wrote Gordon’s visceral memoir, Cost of Truth.

Donna, it’s an interesting title. What exactly is the cost of truth?

The title relates to my indescribable personal cost and the cost for my loved ones as a result of my unquestionable belief in honesty. After relentless soul searching and coming to the realisation that I was gay, it brought heartbreak: my mother who I loved dearly never accepted my life choice; my five children never lived with me again; many friends judged me harshly; and my marriage of 13 years was annulled by the Catholic Church without me even being informed.

You left your Order for marriage, your marriage for your sexuality. Was one harder than the other?

There is no comparison with me leaving the convent and leaving my marriage. I left a good husband and 5 beautiful children aged from 15 months to 12 years. I had been their main caregiver and it broke my spirit to leave the family home once I realised I was gay. There was no choice. I needed to work through my emotions and what it meant for me and my family.

Your children are now your ‘best friends.’ What were some of their initial reactions when you came out?

I explained to all of them (apart from the youngest one obviously) what was happening for me at what level I believed they could understand. It was very difficult for my eldest daughter who was 12, but I rented close by and saw as much of them as I could. I had to work 3 jobs to afford the rent in the area that they lived.

What do you think of the celibacy issue in the Catholic Church?

Even though I am currently a practising Catholic, I do not agree with some of the church’s teachings – one of them being celibacy and obviously their views on homosexuality. All the Catholic laws are man-made. In fact, (if priests could marry) it would make them better priests…because they would have a better understanding of all the problems associated with family…and enrich their counselling skills in that very important area. It certainly would put an end to – or diminish – some of the problems the Catholic Church has had in the past and will…continue to have with the pedophiles that are coming through in their ranks. This I believe is a direct result of their celibacy law. They are suppressing the natural urges that God has given us.

Do you think there are many lesbian nuns?

I know a couple of women who are friends who have left their Orders and are gay. I am sure there are many lesbians in religious Orders. Anywhere there is a group of women or men in institutionalised settings – (think) prisons, convents, seminaries – you will inevitably find same-sex relationships. Natural urges have to be released somehow.

And your mother never accepted your sexuality. That must have been excruciatingly difficult.

We had a good relationship with her believing what she wanted to believe, although I am sure she knew the truth. This was very sad for me because I felt I was being untruthful, but in actual fact I saw it as protecting her from the truth. Before she died I was honest with her, based on my son Paul encouraging me to do so. Her words to me were, ‘I don’t understand it.’ I said, ‘I don’t understand it either mum, but it is what it is and I am who I am!’

Did your faith waver when you came out?

Yes, my faith wavered most definitely when I came out. I stopped going to church…but I never stopped praying to the God I believed was all loving; the God who created me as a gay woman.

Was your sexuality a gradual realisation or did you have an ‘ah ha!’ moment?

I grew up in a very Catholic home and was an extremely naïve teenager. I was a tomboy, did not play with dolls and was happiest playing football or cricket. I always gravitated towards women. Always under the surface and lying dormant in my early teenage years were these worrying and unexplainable feelings that would pop up occasionally and more prominently through my married life. I had no idea what they were but they would leave me feeling very unsettled, restless and empty, thinking, ‘Is this all there is in life?’ I met a mother at my son’s school…and when she kissed me for the first time: boom! The bells rang, the lights went on. It was all consuming and I could not function. I like to call it ‘an unstoppable force.’

How did you meet your partner Di?

I met Di 16 years ago through a mutual friend. She was in a long-term relationship. That ended and after being friends for 2 years we got together and have been in a loving, beautiful relationship for the past 14 years. 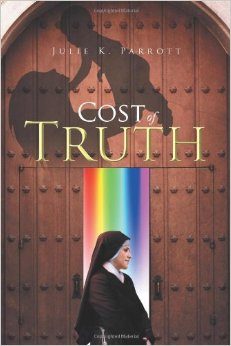 When you were diagnosed with bone cancer in 2012, did you think, ‘Not yet another life-changing blow’?

Quite honestly, no. As much as it was a complete shock, when something is out of your control you don’t waste time and energy worrying about something you cannot change.

Writing the book was no doubt an emotional journey. Why did you choose to write it?

My dear friend Julie offered to write my story for me. I wanted to write my memoirs for my children. They were so very young when I left 28 years ago that I wanted them to hear my story. I’m sure over the years they have heard many negative things so I wanted to make it right for them. After discussing it with Michael and the children, with their blessing we published Cost of Truth. Hopefully my journey will encourage someone struggling with the decision of coming out to face it head-on and dare to be happy.