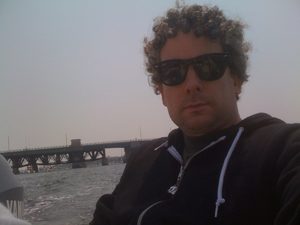 There’s no question about it: Buffy the Vampire Slayer has staked a claim in the hearts of the LGBT community. And now that Buffy Season Eight has come to a finish, fans are eagerly awaiting Season Nine. In the meantime, Dark Horse editor Scott Allie reflects on the past four years, working with Joss Whedon and the challenges and rewards of keeping the beloved characters alive (mostly) in comic book form.

When Joss first proposed the concept of an eighth season, there were only around 25 issues planned, correct? Did Joss, or anyone at Dark Horse, think that the series would last this long, and be this successful?
We expected a pretty high level of success, but we didn’t plan on a forty-issue run. I think initially it was to be 22 issues, like a 22-episode season of a TV series. But we soon realized that A) we had too much story to tell, and B) the episode-to-issue comparison didn’t hold water. The volume of story is different, the way a monthly issue versus a weekly episode works on the audience is totally different. The story wound up being forty issues, and I don’t know how that would compare to episodes of a TV season.

Since this is Curve Magazine, you know I have to ask about the Buffy/Satsu relationship—the seeds of which were planted pretty early in the series and which culminated in “Wolves at the Gate.” I thought that story arc was really sweet and well-executed. But there were some that saw it as sensational—as a way to get sales. What would you say to that criticism?
It’s inaccurate, and it foists upon Joss an agenda that’s simply not him. He doesn’t do sexually exploitative stories to boost ratings or sell comics. He tells involved stories of often ill-conceived romance, full of twists and turns and heartbreak, but I don’t think that’s exploitive. Accuse him of the agenda he’s guilty of—throwing gay characters in peoples faces so they have to deal with them. We got a lot of letters that started, “I’m not homophobic but …” Guess what, buddy …

Why is Buffy’s brief relationship (or lack of a relationship) with Satsu important to her overall story arc/journey?
Buffy was perhaps not the best general, the best leader of an army. She was not off to a smooth takeoff in Season 7, and she didn’t get really really good at it in Season 8. She compromised herself in various ways. She slept with a soldier, told her she knew it would be weird after, then tried to go back to being the general, and acted like it shouldn’t be weird. Satsu was an ill-conceived romance, but not because of Satsu’s gender—because of her position as a subordinate, and because Buffy knew that Satsu loved her, and that she didn’t really love her back. She’s been there before, certainly, but never with someone who worked under her.

The return of Fray was a real high point for a lot of readers, including myself. Will we be seeing her again? And more importantly, are there any plans to make a Fray movie any time in the future?
No plans for a Fray movie anytime soon, but I’d love to see it. I’m more eager to see more of her in comics, but we’d only do Fray if Joss were to write it himself, and there will be no time for that in the foreseeable future.

Willow has gone through a lot this season, but the one constant in her development in season 8 (despite a shocking revelation in issue #40) is her relationship with Kennedy. Initially, Kennedy was met with a kind of ire on the part of Tara fans. Do you think that has changed at all?
I hope so. I grew to like Kennedy. And I loved Tara. Kennedy is a brat, but she’s not bad. Willow’s gonna continue to go through a lot. None of this is going to be easy for her.

Faith starts out the series in kind of a dark place, and ends—well, in another dark place. How do you think she will deal with Giles’ death—especially after the two have bonded in the series?
Faith’s gonna be fine. Faith is maybe the only person to have gotten something good out of Season 8. She’s my new second favorite character, I think. She grew up a little bit, she found a sense of responsibility that she never had, and it’s grounded her in new ways. Not in a kind of way that tragedy is going to take away from her.

This is a total Andrew type question, but who would win in a battle? Faith or Fray?
Wow. I dunno. I think Faith. But if you look at it in terms of Season 8, and where we checked in with Fray, I think Faith is further along, more experienced and developed as a Slayer. I think Faith could take her.

Though there seemed to be many, what was the biggest “scandal” of the season?
Angel is Twilight. We had sat on that secret so long, I could not believe the way it got out, that it got out, and how much was lost so quickly.  Joss was very zen about it. I was not.

What was it like to work side by side with Joss while writing the final arc, “The Last Gleaming?”
Educational. I try to learn from the best guys I work with, Joss, Mignola, a few other really amazing writers and artists. But the experience of working with Joss on the final arc was the best. We worked out the outline together, which showed me a lot about what he finds important, and how he does the math work of assembling a plot, and building it from character. Then I wrote the scripts, sent them to him, and got notes from him. That was incredibly informative—I give notes on a lot of scripts, and I think I’m a pretty good editor. So I paid attention to his notes not only as a collaborator, but as a writer wanting to get better, and as an editor wanting to learn new tricks. I’m writing a new series now, and while I work on it, I think a lot about Joss’s notes on my Buffy scripts.

Who was your favorite character to write?
Spike. I liked his attitude, and found his voice fairly easy to get into.

What’s your favorite Season 8 moment?
Well, it’s Giles’s death, because it’s the most fraught with drama. That, or the moment when Giles takes the scythe from Faith to go help Buffy. I’m sorry, I can’t help but have a soft spot for the bits I worked mostly closely on. Before that, it might have been Georges cover to Buffy #10, “I want you (to be strong).”

Comic books tell stories a bit differently than television. The pacing, for one thing, is quite different from the four act format we were used to seeing Buffy in on the show. Do you think it took some time for Season 8 to find its footing in this new format? Do you think it succeeded?
I think it did succeed, and I don’t know about finding its footing, because I think the first couple arcs are among the best. I think there were things we took our time figuring out, including the length of the season, but I don’t think that hurt it, don’t think that precluded sure footing. The main thing we learned in doing this season is that we want to keep it smaller, on a more personal level next time. That it wasn’t the budget or the constraints of TV that forced the show to focus on the characters. It was the characters. There’s no reason to get too preoccupied with anything else.

What can we expect in season 9?
A narrower focus. Closer to the characters. Keeping it personal.

Finally, I have to ask this, because I’ve been wondering about it ever since the comics began…Will we ever get to see the world with nothing but shrimp?
Not until Season 10.