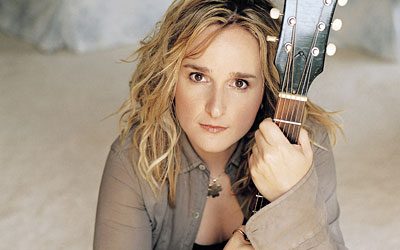 The announcement was made soon after releasing her anthem “Uprising of Love” for Love, Peace and Unity in support of the LGBTQ community in Russia. Melissa’s performance has been set for the WorldPride 2014 Toronto opening ceremonies in Nathan Philips Square on June 20, 2014.

When Melissa Etheridge learned of the Russian government’s mistreatment of lesbian, gay, bisexual, and transgender people, the iconic roots-rocker did what she does best: wrote a song. The new anthem quickly became the inspiration for a new celebrity coalition by the same name, Uprising of Love, an organization in support of the safety and dignity of lesbian, gay, bisexual, and transgender (LGBT) Russians. As a result, 100% of all proceeds from the song go toward the Russia Freedom Fund, which is the only way to make direct financial contributions to LGBT activists in Russia.

“The lyrics of ‘Uprising of Love’ came from such a personal and passionate spot in my soul and I’m more than excited to share this anthem with the world,” says Ms. Etheridge.  “Love is intangible and unpredictable, but it’s the one feeling that is universally experienced and desired by all.”

WorldPride 2014 Toronto is an international celebration incorporating activism, education, and the history and culture of global LGBTQI communities. Highlighting Canada’s continued progress in human rights; WP14TO also celebrates the diversity and dynamism of Toronto, one of the world’s most progressive and livable cities.

“WorldPride is connected to a much larger movement that allows us to link our local communities to a global struggle in support of Human Rights for the LGBTQ community no matter where they are in the world,” says TK, WorldPride Art & Culture Manager.

Pride in Toronto is already one of the largest arts and culture festivals in North America, and this once in a lifetime event will bring people together from around the world for the biggest Pride celebration ever.”

Earlier in her recording career, Etheridge acknowledged her sexual orientation when it was considered less than prudent to do so.  Etheridge is a highly talented songwriter who delivers her message with gale-force vocals and an aggressively strummed guitar. Her music has powerfully documented injustice and demanded social and political change. Currently, Melissa Etheridge is preparing to hit the road directly after SXSW for a limited run of live dates in an intimate theater setting. These ten upcoming U.S. shows are a rare opportunity to see Etheridge perform in a striped-down atmosphere, rotating between electric and acoustic guitar, piano, and harmonica. The Grammy Award winning artist will also be releasing a new album in fall/winter 2014.