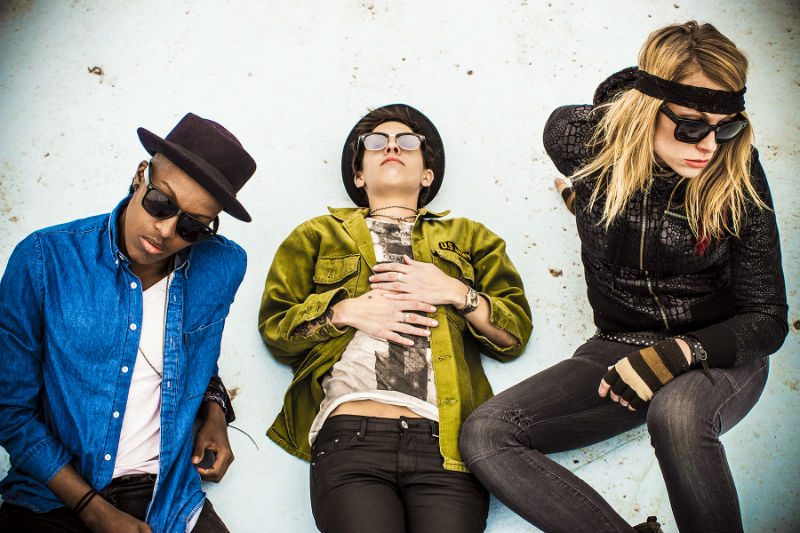 Celebrating its 30th year, the annual SXSW festival held in Austin, Texas is a 10-day conference celebrating film, technology, and music. Not unlike the host city itself, the music events have become a nexus of cultural influence – many with an eye toward creating meaningful change through activism and outreach.

First Lady Michelle Obama kicked off the week with a keynote address promoting the Let Girls Learn initiative. On a panel with actress Sophia Bush, songwriter Diane Warren, out rapper Missy Elliot (and moderator Queen Latifah) the First Lady spoke out against conditions contributing to the more than 62 million girls from around the world that are currently not in school.

The initiative is dedicated to elevating existing programs and investing in new efforts to expand educational opportunities for girls in order to increase the quality of life in their communities.

Also using their platform to affect positive change were the many artists featured in this year’s festival from March 11-20.

Latina singer songwriter Gina Chavez was named Austin’s Musician of the Year for 2015. Her powerful music, sung in both English and Spanish, provides a soundtrack to the journey that inspired the founding of her non-profit, Niñas Arriba.

Founded by Chavez and her partner Jodi Granado after a trip to El Salvador, the organization’s proceeds help to support young women in that region that would otherwise be unable to attend school due to cost and accessibility.

“We wanted to help the girls we lived with in El Salvador,” said Chavez. “At the time there were four seniors amongst the eighteen girls. Now, we have two who are graduating this year from the five year program.”

The fund itself has generated close to $40,000 through independent donations and fundraising shows. The money covers all tuition, room, and board, so the girls who previously had no access to higher education would have the opportunity to attend college.

“The benefit concerts are our most popular shows,” Chavez said. “I think to a certain extent, these shows have been so amazing because we’re not only talking about these girls, but also a community that has become so important to people.”

Using her music as an outlet to share experiences, Chavez has found her voice while channeling the stories of others.

Shirlette Ammons, a performer hailing from Durham, North Carolina, lent her talents to Hip Hop for Flint at this year’s festival.

The showcase brought attention, and much-needed funds, to the water crisis currently unfolding in Flint, Michigan where various governmental mismanagement issues have led to the contamination of the city’s water supply.

“There are a number of these hash tags, #hiphop4flint, and performances going on throughout the country. The proceeds are used to purchase water filtration systems for the people in Flint,” Ammons said.

Using her music as an outlet for doing good work in her community is not new to Ammons. She has also worked with SONG (Southerners on New Ground), an organization that assists and advocates for queer people in rural areas.

“I really appreciate the work that they do and the fact that they are southern-centric. Myself being a queer woman from a small town in the south, it resonates with me,” said Ammons.

The band SISTERS, hailing from Seattle, Washington and their #growoutofit movement also promotes the idea that meaningful conversations can truly start to change the world in which we live.

“In this case it was a Cyndi Lauper kind of tune and we just started singing ‘Mother Dear…’ and we just wrote the song. Then two days later the Supreme Court ruled in favor of marriage equality,” Westman said.

The song itself confronts the common phrase ‘You’ll grow out of it,’ especially in regard to the idea that people grow out of being queer.

However, with #growoutofit, they have challenged fans to share stories of situations in which conversations have helped people with homophobic or biased ideas to grow out of their prejudice.

“We are all just trying to figure out how to make the life we want for ourselves,” Vait said. “It doesn’t even compute to me that someone would have an opinion on what would make me happy.”

“When we decided we wanted to push this agenda we realized very quickly that you have to define who you are trying to reach,” said Westman. “It’s the people who are on the fence. You can have a very simple conversation. You can tell them that this is okay.”

Continuing the theme of activism and action at SXSW, SISTERS is bringing the noise and changing minds, one conversation at a time.

On stage with Minneapolis electro-pop group Holidae, lead singer Ashley Gold sings the chorus to the song, “Royalty.” Gold describes the track as an “anthem for empowerment and self-confidence.”

The band recently played a benefit for The Domestic Abuse Project, which offers shelter, counseling, and other services for every member of the family. Last year, the organization helped over two thousand people “to feel safe from domestic violence,” according to the organization’s website.

Gold had a lengthy career as a solo artist before joining up with Garrett Neal and Ryan Mach to create Holidae. Together, the band lends thoughtful songwriting to dance-worthy beats.

“I want to talk about heavy things but also get people dancing and moving their bodies,” said Gold. “It helps to know that you’re not alone.”

At The Market in downtown Austin, Sick of Sarah lead singer Abisha Uhl and drummer Jessica Forsythe huddled into the front seat of their truck, hours before taking the stage.

“The Torn Labels Project is an advocacy campaign promoting anti-hate and anti-bullying,” Forsythe said. “We knew we wanted the next tour to be more than just the music. We wanted to do something that had meaning and purpose behind it.”

After undergoing some significant lineup changes, the Torn Labels tour marked a departure for the formerly all-female group. With new members Ari Applewhite, Jack Swagger, and AJ Stone, Uhl and Forsythe continued to prioritize their close connection to fans.

“We would get fans that would hit us up, asking for advice on issues that we just didn’t feel that we were qualified to handle properly,” said Uhl. We wanted to help, and the Torn Labels Project was a way we could do that.”

“I am in recovery and I’ve lived in recovery for quite a few years now,” said Forsythe. “It’s important to talk about things.”

From the inspirational keynote of First Lady Michelle Obama, to the passionate and motivated voices of the musicians themselves, SXSW 2016 proved to be one of the most powerful, diverse, and hopeful festivals to date.

The mix of artists and advocacy prove that when humans start small, work hard, and share messages of hope and love, our world can move toward being a better place for everybody.