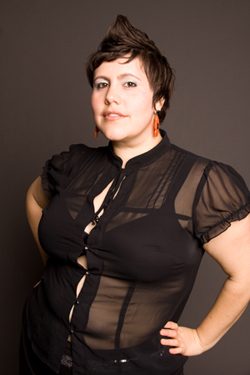 Sometimes I forget that people I know read this blog regularly.

Last week, after the blog went live, I had about five friends email me to “check-in.” One of those people was Mamacita, a dear older friend who is like my mother, that is if my mother and I talked about our sex lives. Turns out she’s bookmarked the blog and reads it every week.

Mamacita said she loved my “sexentures” but was worried about one in particular. She wasn’t judging my decision to sleep with The Wind, but was concerned about the outcome of it.

This sentiment seemed to be the same with all my friends, especially those I talked to personally. Only one person commented on the fact that I hooked-up with three people in one week, yet everyone had something to say about one of them being my ex.

I can’t say I blame them—last week’s post was the most exposed I’ve felt since starting this blog—but I found myself intrigued by the almost visceral reactions people had to my exposure. Sex gets people excited, but it seems love gets people worked up.

The purely physical sensations of casual sex are easier to understand, talk about and deal with than those of relationships. It took two blogs to describe my experience getting fisted by a hot butch in a Motel 6. It would take five times that many to explain the experience of sex with The Wind, and not just because we tried more positions.

The complications and complexities surrounding my relationship with The Wind are the reasons I got texts, calls and emails from my friends after last week’s post. My wonderfully protective friends feared that this experience would set me back on my journey forward.

I will not deny that sleeping with The Wind had a significant effect on me, nor will I deny that I find myself having to remember to keep moving on.

But fear not, loyal readers and friendly fans. Just because I need time to re-mend my heart doesn’t mean I plan to lay in bed all day watching reruns of Grey’s Anatomy. In fact, just last night I went out on the prowl, ending the night at a lesbian filled strip club. Granted, I was texting The Wind throughout the whole evening, but baby steps, baby steps.

I write a sex and dating blog, and I plan on continuing to have sex and date. However, I will also continue to acknowledge that emotions, no matter how simple or complicated, come with the territory. I’m changing, folks, right in front of your eyes, and I hope you enjoy the ride.