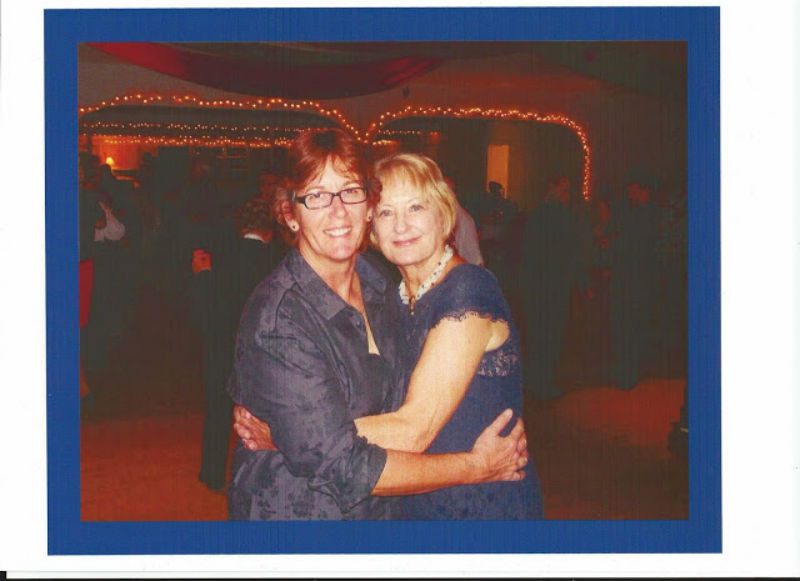 Falling in love at 70

Marie C., a retired judge aged 71, spoke in part two about actively looking for love for years, going to parties, dances, and dinners regularly but without love luck. Finally she found the love of her life at – surprise! – a lesbian potluck. Here she talks about why falling in love at an older age can be better than when you’re younger – and how sex gets better.

“I was feeling no magnetism towards anyone in particular. But then one day I met Brenda.”

“It was at a house party; she came and she was a woman I didn’t know. I’m friendly, and I was attracted to her, so I went up to say hello. She wasn’t paying any attention to me – I didn’t know it at the time but she’d just cycled about 60 miles and she was hungry. She was looking past me at the food table!” Marie didn’t feel offended at being ignored, and bravely went to sit by Brenda again, later.

“Eventually, after she’d eaten, we sat near each other, and we were talking about what we were interested in. I asked her to tell me three things she liked. She said cycling, and I thought, oh no. Her second thing was tennis, and I thought oh dear. But then she said opera, so I thought, there’s hope! As we dated initially she never mentioned having a dog, and I prefer to be with someone who doesn’t have an animal.”

Marie gave Brenda her email and an invitation to visit her house; by the time Marie got home, there was an email from Brenda in the inbox.

What if she’d been 35 – would she have been as brave and persistent as she was at 70?

“It’s better when you’re older because you have a lot more experience. You avoid people who don’t suit you. Hopefully we learn from past experience.”

Also when you’re older you don’t have the same baggage: you’re not raising children or studying in college. I’m retired: I’m free to be who I want and to make and pursue commitments. I can travel at the drop of a hat if I want or stay home as much as I like.

“When I was looking on line, everyone said they wanted someone to cuddle with or walk on the beach with I was thinking, what about sexual passion? I feel that it’s use it or lose it. At 71 I feel very involved, sexy, and attractive.”

Her “age issues,” she says, make her feel somewhat less attractive than when she was younger, but she’s still sure of her attractiveness and feels her own sex drive is as strong as ever and orgasms are richer and more intense than ever. “If you stop having sex around menopause, you can lose interest in sex.” Marie didn’t stop – and she has taken a small amount of bio-identical hormones, which she thinks have helped her stay sexually alive and energetic.