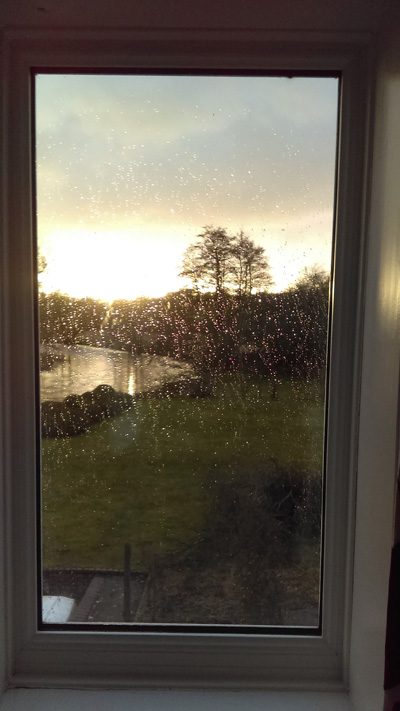 This grief has made every other sadness of my life seem trivial.

Until I was 55 years old, I’d barely ever lost anyone to death. My grandparents had died, and two male friends, and an uncle, but never anyone I was extremely close to. I used to think how lucky I was, and how strange it was that death had so rarely touched my life.

And then that changed. Starting in December 2015 when I was 55 (and thus officially a long- lived lesbian), in fourteen months I lost my father, my mother, and a life-long lover. I was with all three before and as they died, and if I never again have to watch someone I love take their last breath, that will be okay.

My parents were both in their mid-nineties, and I’d been their caregiver for some years, so their deaths were not a surprise. But the death of my lover (who was, strangely enough for me, a man) came as a terrible shock. Only 74, healthy, fit, and strong, he had never been sick in his life until shortly before he passed away.

My sorrow since his passing (a few weeks after my mother’s funeral) has been overwhelming. The grief counselors (who knew there were such things?) call it “grief fog”, the kind of hapless anxiety and confusion that overcomes many people who suffer intense losses. After we lose the people we love, we then start losing checks and keys and calendars: we lose track of plans and commitments, housekeeping and friendships. With our hearts broken and our lives in turmoil, we lose our minds.

Part of my loneliness stems from the difficulty of explaining my relationship with that man to friends who know me as a lesbian. Some people now choose to call or think of me as bisexual, which is fine with me – let a woman be judged not by the label of her sexual orientation but by the contents of her heart.

The man I’ll call “Nelson” became my first lover when I was 16 years old and living in England, and he was also my last lover, as we visited each other in England and in Florida over the past seven years. For forty-one years we loved each other, including the 14 years in which I was in a monogamous lesbian relationship. For my whole life, and especially the past seven years, he has been a source of comfort and strength.

Losing all three of those people – as well as some other losses, such as my home and career in Australia – has permanently changed me. The grief I have felt has made every other sorrow of my life seem trivial: I can’t now believe how upset I used to get over, say, getting fired from a job (which happened once) or rejection in love (as happened fairly frequently).

Also, I suddenly have a new understanding of people who are widows or widowers, or parents who have lost children. Suffering that kind of loss transcends gender, race, age and all the other divides we put between ourselves and other humans. As we age, of course, that kind pain becomes increasingly frequent. It’s hard to accept that, from now until we ourselves die, we are all going to lose more. Many of my friends in their fifties and sixties are losing their parents, and a few people my age already have lost partners or children.

Since my mother’s death, I’ve thought a great deal more about my own death and demise, and I don’t know how we will all cope with our own diminishing strengths and facilities at the same time that we’re losing the people we love and rely on. I’m more alone than I’ve ever been in my life. I feel as if losing even one more person or thing would kill me. I hope that older and wiser lesbians (or any other humans) will help me, and that I’ll be able to help others. Maybe it’s the case that after we suffer and grieve, we get stronger, and we broaden our community, and we help each other. Maybe, I hope, our hearts break open.