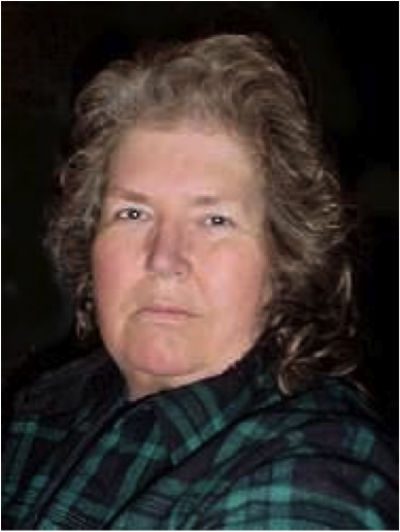 I kicked my husband out and became the sole breadwinner.

A mother of six children who had studied pre-med in college, Carolyn Whitehorn became the first artist to design, craft, and widely sell jewelry with feminist and lesbian motifs. For over three decades, she was much in demand for custom work, creating designs for clients from as far away as Saudi Arabia.

Later in life, she returned to her first love, sculpting. She worked in bronze, marble, and alabaster, evoking powerful women from shape shifters to goddesses. Her pieces can be found in galleries, private collections, and in the Smithsonian Institution.

Carolyn was also an ardent activist in the feminist and lesbian rights movements.

How did you start down the road to becoming an artist?

My husband was stationed in Yuma, Arizona, the middle of nowhere. It was 1963. I had five children under the age of eight. I was going crazy.

I desperately needed to get back to carving. I had carved all my life: when I was three it was in soap with a knife; later, it was in wood and stone. So I bought a block of salt because I couldn’t get marble. I carved the face of a woman looking back over her shoulder. It won first place in the county fair.

Later, we moved to Laguna Beach, where my sixth child was born. I began carving in wood. I gave away everything I made.

What led you to making jewelry?

A friend’s birthday was coming up. I wanted to carve something for him, but had broken my thumb. So I designed and made a sterling silver pendant. I didn’t have the proper equipment, so I soldered it with a canister propane torch that I used for convincing my water heater that the pilot was lit. I used the side of my sculpture hammer as an anvil to shape the pendant, and I polished it at a jewelry store.

Someone at the party saw the pendant and asked me to make a piece for her using the symbol for woman. I said no. She said, “I’ll pay you.” I said okay.

Then I started making and selling pendants, earrings, and rings using the woman’s symbol, the ankh, and peace signs. I also began creating custom designs for wedding and engagement rings.

Did your success shift the dynamics in your marriage?

Yes. My husband had left the military but was dissatisfied with his job. He asked me if I could hold things together if he quit and looked for another job. I said yes. I opened a storefront, displayed my jewelry, and before long, I was making more money than he ever had.

One day when I was at work and my husband was home, he beat up our youngest son. I kicked my husband out and became the sole breadwinner.

With the flourishing feminist and lesbian movements, you became quite well-known as a designer.

When I came out, I started designing jewelry with lesbian symbols. I also designed and created goddess images and regalia for Z Budapest and others. My business was called Feminist Forge. It grew to be the largest feminist/lesbian jewelry business in the world.

You were also quite active politically.

Yes. I was coordinator of the local NOW chapter. I was on the board of the California NOW, the YWCA, the Women’s Health Center, and the Women’s Law Center, and I was involved with the Radical Lesbian Feminists of Orange County.

One year, a serial rapist targeted my town. I went to the City Council and demanded city-sponsored self-defense classes for women and extended evening bus hours. I got both. And oh yeah, the rapist got caught.