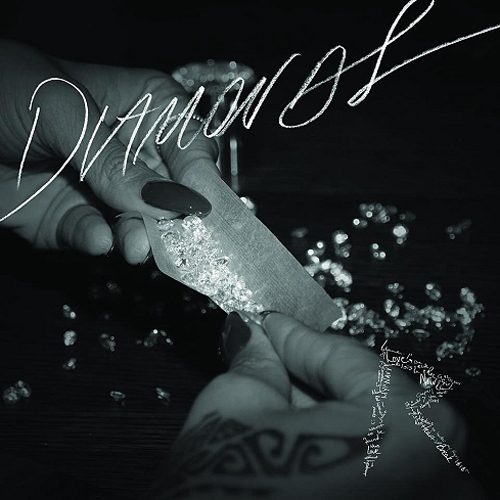 The official art for Rihanna and Sia’s collaboration.

The official single won't be released until Thursday, but Rihanna has released the art to get us ready.

The single "Diamonds" was a collaboration between Rihanna and out musician Sia.

In a recent interview with DJ Elvis Duran, Rihanna described the song as "laid-back, but it’s hopeful." She went on to say, “It’s a record that…it gives me such a great feeling when I listen to it. The lyrics are very hopeful and positive. But it’s about love, and I just think the gears are a little different from what people would expect, I think. I’m excited about that. I’m excited to surprise them, sonically.”

We are looking foward to being "sonically" surprised.

The single will be part of Rihanna's forthcoming album, which will be released later this year.