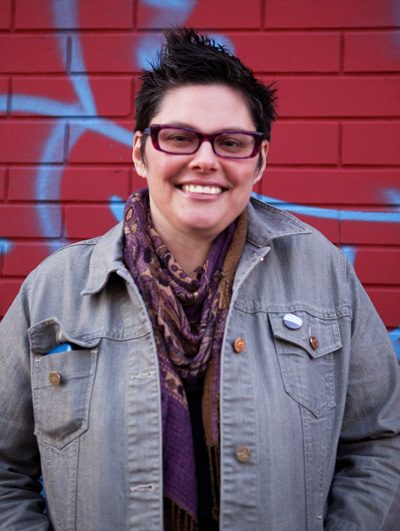 I read at the Here Comes the Brides: Reflections on Lesbian Love & Marriage event in N.Y.C. last weekend. I'm a contributor to the anthology, which is mostly cheerleading of same-sex (and all) marriage. Regular readers of this blog won't be surprised that I am the lone antiassimilationist dissenter. Others are ambivalent to be sure, but I am the hard-liner.

The same day the HCTB event went up on Facebook, I read news of Microsoft's top two execs contributing 100 Grand each to a Washington State marriage equality group. Apparently a statement on The Official Microsoft Blog was titled "Marriage Equality in Washington State Would Be Good for Business” … My reaction was that when anything becomes good for corporate America, that's when we need to really start worrying because the LGBT community has once again been commodified. (FYI, Microsoft has been accused again and again of mistreating its workers in China, mostly young women.)

Then, just the next week, Time magazine reported that in the single year since same-sex marriage has been legal in New York State, the gay marriage biz has brought $259 Million in revenue to New York City alone. That’s a lot of dough and I don’t know how much, if any, if being plowed back into the lesbian community for much needed services such as food programs for poor women and children, emergency housing, services for survivors of intimate partner violence, shelter and safety programs for homeless youth (and adults) or plans to get any of these folks out of the shelter system and into real housing!

My point is – it’s only when corporations or governmental bodies can start making money off lesbians that we become important to “support” … We really do need to stop and think about why on earth we would ever want the support of corporations and the people behind them — the same individuals, businesses and elected officials who previously did not support us — when they change their minds based on the almighty dollar.  Just like a certain president who never supported same-sex marriage, except in an election year. This should definitely make us pause and interrogate thoroughly why marriage equality crusaders want–and value–these business people's support. *And, this just in, the other day HRC announced that anti-trust criminal and founder of the online conglomerate Amazon.com, Jeff Bezos, will contribute $2.5 M to marriage equality in WA state. (FYI, Bezos has been accused of tax-dodging, worker mistreatment, and criticized for supporting the extreme right-wing policy group known as ALEC.)

You all already know marriage is much more that just a peachy keen celebration with pretty dresses or handsome tuxedos, but I believe it's also a very dangerous red-herring in a larger social milieu where the Equal Rights Amendment has not been ratified, nor has the United Nation’s Convention on the Elimination of All Forms of Discrimination Against Women; where women still earn almost a third less than men for the same work; and where we all still live in a rape culture.

The current single-minded focus on acquiring marriage rights gives the more affluent gaystream a free pass not to not have to think about other, more pressing and very basic issues of survival issues other queers are grappling with in this severe worldwide economic depression.