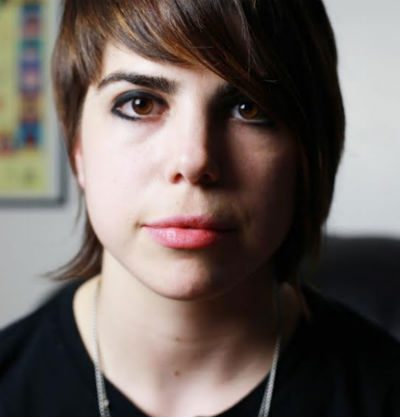 A new magazine explores all art forms and identities.

Art is one of the world’s most universal forms of individuality, freedom of expression, and the avant-garde. Due to this, whether it’s street graffiti or hanging on a gallery wall, you never forget the first time a piece of art truly moved you. As if you were holding fire in your hands without getting burned and still feel its warmth.

Like many industries, it’s still difficult for minority artists to get their work featured in highly trafficked galleries. Very talented artists who produce thought-provoking and controversial work are left without a voice or platform because their art is not seen as conforming to the mainstream.

However, in pockets all over the world you will find them, revolutionaries disappointed with the lack of diversity represented to the world at large. No longer willing to accept being pushed to the fringes, Winter Mendelson’s trailblazing virtual art magazine is gearing up for the launch of its first print issue.

Posture is a full-service art magazine that gives a much-needed stage to LGBTQI art and artists; it provides a specific platform and a lens for LGBTQI artists and art without consciously putting labels on anyone.

Originally from a suburb around Atlanta, Ga., Mendelson attended University of Georgia, where she obtained her bachelor’s in art history in 2012. She studied French and took multiple studio art classes, both at UGA and abroad through the Wells College Arts in Paris program. Mendelson wanted to not only understand art, but learn the process as well. A vocal advocate for women, minorities, and LGBTQI individuals, Mendelson was extremely eager to leave the South and be in a more open-minded and expansive environment.

The day after graduation, she packed her bags for New York City. “I moved with practically nothing, and was like, what now? Luckily I was soon offered a day job as a receptionist and some months later landed an internship at a high-end gallery in Chelsea. However, the art scene there left me pretty disappointed. I had hoped for a more creative energy, but very quickly (and naively) realized it was just another business,” Mendelson says.

After feeling incredibly unfulfilled, Mendelson decided she needed to save art—and her sanity—and develop her own passion project: “I knew this mystery project had to be something that came to me organically, so I waited. Since I had just moved, I was researching where to hang out, what topics were being discussed by the queer arts community, and how such people were expressing themselves aesthetically. I started by Googling ‘queer arts magazine’ and surprisingly got few satisfying results. I remember feeling really surprised that there were no New York-based LGBTQI magazines that focused primarily on artistic practice.

After seeing what options were out there on newsstands and in bookstores, I realized that was it! It was my calling to produce an inclusive magazine that focused on identity, gender, and sexuality as explored through the arts.” In addition to featuring stunning visuals of established and up-and-coming LGBTQI artists, Posture will be featuring in-depth artist profiles and academic articles focusing on artistic topics. Quickly becoming The New Yorker of art magazines, Posture delivers a fresh, creative, and intellectual examination of expression and social and political commentary through all mediums of art.

Although Mendelson had an idea of the desired content in mind, coming up with a name was no easy task. “I was pining for months. Multiple brainstorming sessions later with Posture‘s new team of contributors, and no conclusion had been made. Finally I took a night off and went to a Screaming Females concert at the Music Hall of Williamsburg.

Marissa Paternoster, the lead guitarist and singer, drew in a very diverse crowd. I scanned the audience and every person looked so different but were all there to enjoy the same thing and most likely cared about the same topics. It was at that moment when the name popped into my head— ‘posture’. We’ve all got different ways of presenting and expressing ourselves to the world and each other, but our differences are what unite us as well.”

Posture‘s mission is to “celebrate queer, trans, and gender nonconforming individuals by providing a platform [to share art] and cultivate community. [Although its] ultimate goal is to inspire freedom of expression and the exploration of identity while dismantling notions of the gender binary, in a perfect world, Posture will appeal to everyone.” Mendelson has intentionally moved away from using stereotypically “gay” symbols in the branding “to avoid evoking immediate feelings of isolation.”

Those at Posture are aware that they cannot please everyone, and that is not their goal. Just as art should be, Posture is aimed to be as inclusive as possible, while staying true to its mission. “We are definitely a magazine geared for those heavily invested and/or interested in the arts and social progress through artistic expression,” says Mendelson. “Sometimes our articles can border on the academic side, [and that’s] something I don’t want to give up—even if this means fewer readers. The majority of our following is ages 18–35, and the gender breakdown is about even, which I love.”

Mendelson urges queer, trans, and gender nonconforming creatives beginning their journeys to not settle. “Do not work with people who are not willing to understand you or your identity. And on a human and universal level, do not do something that does not inspire you or make you happy. Not every day will be perfect, but choose the harder route and don’t be afraid to start over.”

Like many independent publications and operations, perhaps most striking and inspiring about Posture is the sheer dedication and love that exudes from Mendelson and the Posture team.  A true labor of love, the majority (if not all) of the proceeds go back into the publication and towards administrative costs (domain name, website fees, etc.). Winter and her staff of nearly 20 contributors are all volunteers working around the clock for nothing more than to share this much-needed artistic platform with the world, and to give space to those who are most often not given a seat at the table.

Soon to launch their first print issue, you can pre-order a copy of Posture’s first print issue, and if you’re in the New York City area, don’t hesitate to support the arts and attend the release party—held at no-better-a-place than—at an independent art gallery, where you can also view an exhibition featuring LGBTQI artists in celebration of New York Pride