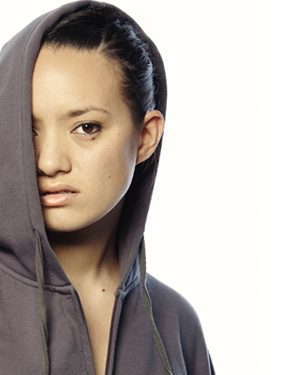 The Melbourne songstress Jess Harlen bares her soul and ramps up the genre-hopping on her latest album.

We caught up with musician Jess Harlen to talk about her new album Park Yard Slang, which will be released on March 30th, 2012. A master of cross-genre exploration, Harlen spoke to us about the inspiration behind the album, her favourite tracks and what she wants to say to her lesbian fans.

How would you describe your music?

It’s like a smoothie! A blend of yummy things – soul, pop, folk, happiness, loneliness, all mixed into one smooth consistency that is easy to digest. It belongs in your car stereo on your way to work, in your headphones on a train, throughout your house on a Sunday morning, fresh sheets and incense burning.

How did you come to the title of your album, Park Yard Slang?

We were throwing words around in studio and I liked that particular combination. It conjures up different imagery for different people. I see a city nightscape, train yards, aloneness; places I have spent a lot of time in waiting for trains in the height of the night. I see New York, Brooklyn, London…and ‘slang’ is what the record is really – informal language particular to a group of people.

Your music explores different genres, including hip hop, pop and soul. Are you partial to one, or in love equally with all?

I’m in love with them all. I think it’s good to free up and create your own style, floating between genres and blurring the lines. There are lots of genres I love that aren’t on the record too – funk, blues and roots – that I would love to dig into in other projects. Music is such an amazing endless resource and I think ill be riding that wave for a loonnng time.

What is your favourite song off the new album and why?

Reach Home, its about lost youth, finding their way by trying to construct identity from things they see on TV…I also like Up To Me because its about being independent and working hard to make things happen for yourself. Daydreamer is another fave, it’s just me on ukulele recorded live in studio, no click track, it’s free and open.

Being true to yourself, knowing what you’re feeling is not always the easiest task, but once you give it enough time to figure it out it’s a wonderful world trying to express that lyrically, melodically, rhythmically. I sing from my soul and hope to have a clear mind so it all slips through easily.

What do you want to say to your lesbian fans?

Thanks for supporting me and keeping me afloat! See you at next year’s Mardi Gras. I want to be a part of a float – a big giant papier-mâché one, with glitter and feathers and French bull dogs.