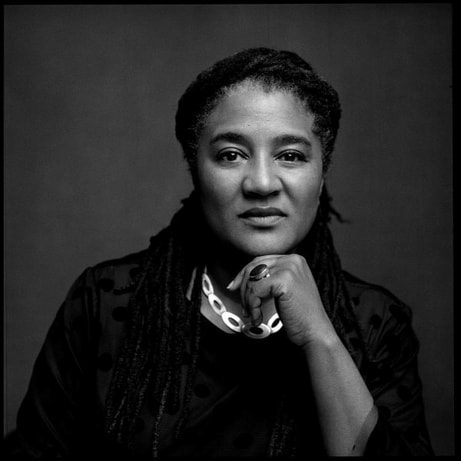 The League of Professional Theatre Women has been championing gender parity in professional theatre for over 35 years, and on February 4 it presented its first Oral History Project of 2019, two-time featuring Pulitzer Prize-winning playwright Lynn Nottage.

Oral History is an ongoing program of the League of Professional Theatre Women, in partnership with the New York Public Library for the Performing Arts and chronicles the contributions of significant theatre women. The discussion with Nottage was moderated by theatre journalist Elisabeth Vincentelli, and she spoke about her background and her career to an enthused and engaged crowd at the Bruno Walter Auditorium in New York City.

Nottage, who has received acclaim for her numerous plays, including Sweat (for which she was awarded the Pulitzer Prize, an Obie Award, the Susan Smith Blackburn Prize, and Tony and Drama Desk nominations), By the Way, Meet Vera Stark (Lilly Award, Drama Desk Nomination), and Ruined (Pulitzer Prize, OBIE, Lucille Lortel, New York Drama Critics’ Circle, Audelco, Drama Desk, and Outer Critics Circle Award), revealed she is also currently working on a musical about Michael Jackson. She is a graduate of Brown University and the Yale School of Drama, and she is also an Associate Professor in the Theatre Department at Columbia School of the Arts.

In a lovely and personal conversation with Elisabeth Vincentelli, who is a notable theatre critic for New York’s top publications, Nottage revealed what it had taken her to become a playwright and what kept her engaged with the medium. Citing influences of Lorraine Hansberry and Ntozake Shange—two great but not prolific women playwrights—Nottage initially doubted that she could make a career as a playwright.

But Paula Vogel (who wrote the lesbian-themed play Indecent) convinced her otherwise and she encouraged her to find “strength in numbers.” Nottage was at the time a journalist but after studying playwriting at Yale learned how and “how not” to be a playwright, she revealed. When she graduated, she wanted to do something with “impact”.

She went to work with Amnesty International as a press officer and describes it as a time that shaped her as an artist and as a person. She was inspired by the plight of women especially and cites images of battered women arriving at a shelter as a catalyst for her career. “I closed my door and wrote a play,” she says. “It felt like a total synthesis of the human rights brain and the writing brain. For me that was incredibly liberating.”

But it was also her upbringing with parents who loved going to the theatre (which was then more affordable) that exposed Nottage to the form—and the unsung history of her black female ancestors who she credits with making her life in America possible.

Nottage wrote her play Intimate Apparel, about an African-American seamstress before the civil rights and women’s movements, as a tribute to her mother. “I imagined what play she would want to see.”

Even though Nottage is a prolific playwright, sometimes working on two plays at the same time, she spent three years of immersion on her play Ruined, going to and from East Africa “trying to find the story that I wanted to tell.”

The play was, as Vincentelli noted, a “runaway success,” and Sweat was also a success based on research and the idea of “living history” and made use of hundreds of hours of interviews. That play explored the plight of the working class—especially three women who work on a factory assembly line— of Reading, Pennsylvania.

Nottage is also working on the book for a musical based on The Secret Life of Bees, which will have its world premiere in May this year at the Atlantic Theatre Company in New York City. Nottage said she found it very liberating collaborating working with others, including with the lyricist Susan Birkenhead. The musical will be directed by Sam Gold (Fun Home).

A professor for 17 years, Nottage says as a teacher at Columbia University she takes care to nurture other emerging artists because she felt as an African-American playwright she lacked mentors who nurtured her. Even so, she is and remains the only woman to have won two Pulitzer Prizes for Drama—a credit to her commitment to using theater to tell the stories of marginalized people.

The League of Professional Theatre Women aims to increase visibility of and opportunities for women in the field, with events, public programming, advocacy initiatives, media, and publications that celebrate industry luminaries, preserve the legacy of historic visionaries, raise awareness of the importance of nurturing women’s voices, and shine a spotlight on the imperative of striving for gender parity and fostering a diversity of expression, both in the theatre world and the world at large.